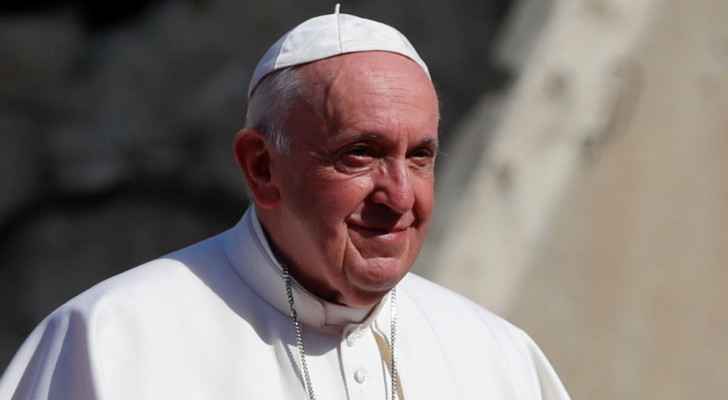 Monday, Iran said that the historic visit of Pope Francis to Iraq was "good and constructive," and carried the message of the return of security to Mesopotamia.

"The Pope's visit to Iraq was a very good and important visit," Iranian Foreign Ministry spokesman Saeed Khatibzadeh said in a press conference.

He said, "Iraq, with the courage of the Iraqi people, the wisdom of the (religious) authority, and the pure blood that was shed in the face of extremism and foreign conspiracies, has now reached a stage of security, and at such a stage, a good and constructive visit can be made like this."

"The message of this visit (...) is a calm and secure Iraq, (that) Iraq has returned to safety," he said.

The visit posed a security and diplomatic challenge to Baghdad, during which the Pope delivered messages of support to the Christians of Iraq, one of the oldest Christian groups in the world.

On Monday morning, Pope Francis left Baghdad airport, concluding a visit that began on Friday, the first for a greater pontiff to Iraq. One of its most prominent segments was his meeting with the supreme Shiite cleric in Iraq, Ayatollah Ali al-Sistani.

In a statement after the meeting, the latter confirmed his interest in the "security and peace" of Iraqi Christians.

Khatib Zadeh said that the meeting between the Pope and Sistani, the first of its kind between the head of the Catholic Church and a Shiite authority imitated by millions, "showed dialogue between religions and rapprochement between religions. It did not carry a message other than dialogue, peace, friendship, and cooperation between civilizations."

In recent years, Iran has supported the Iraqi forces and armed factions close to them in the battles against Daesh, after it controlled large areas of the country as of mid-2014.

In late 2017, Baghdad declared "victory" over the group.

The majority of Iranian newspapers published on Sunday welcomed the meeting that brought together Pope Francis and the reference Sistani, considering it an opportunity for peace.

We still have not received any response about Iranian ....

We still have not received any response ....