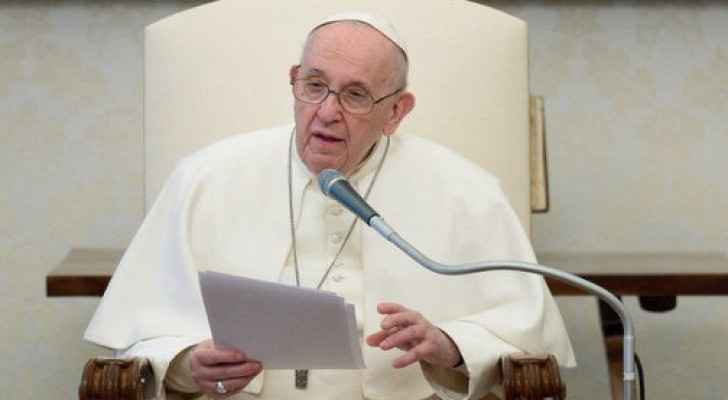 Sunday, Pope Francis vowed to keep Iraq in his heart, as he concluded the largest mass and final public event of a historic trip meant to encourage the country's dwindling Christian community and deepen interfaith dialogue.

The Pope celebrated among thousands of worshippers in Franso Hariri Stadium in the Kurdistan region's capital Erbil, after visiting Christian survivors of Daesh's reign of terror.

Pope Franciss arrived in his white, windowless "pope-mobile" into the stadium, where worshippers sat socially distanced on white chairs spread out on the green grass.

Others stood, craning their necks to catch a glimpse of the Pope, in the stands ringing the stadium, which was named after an Iraqi Christian politician who was assassinated by extremists 20 years ago.

In concluding the mass, the Pope vowed to keep Iraq in his heart even when he returns to the Vatican Monday.

"In my time among you, I have heard voices of sorrow and loss, but also voices of hope and consolation," he said, adding, "Now the time draws near for my return to Rome. Yet Iraq will always remain with me, in my heart."

Worshippers wore hats featuring pictures of Francis, and face-masks to protect them from COVID-19, as a second wave has driven up cases to around 5,000 new infections per day in Iraq.

The stadium seats around 20,000, but large swathes of the stands were empty after authorities had trimmed down the allowed attendance in recent days.

"It's a special trip, also because of the conditions," said Vatican spokesman Matteo Bruni,  who described the visit to Iraq as "a gesture of love for this land its people".

Iraq's Christian population has shrunk to fewer than 400,000, from around 1.5 million before the US-led invasion of 2003.

Erbil has been a place of refuge for many Christians who fled violence over the years, including Daesh's 2014 onslaught and ensuing reign of terror.

The city was targeted just weeks ago by a deadly rocket attack, the latest in a series of strikes blamed on pro-Iranian forces.