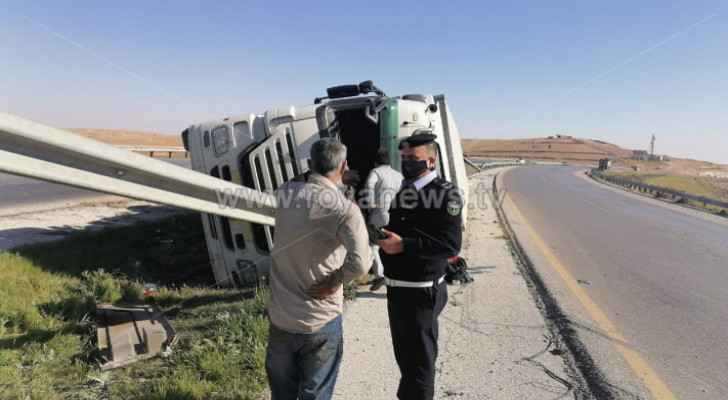 Sunday, a Roya correspondent reported that a truck loaded with goods fell on its side after losing control on the Mafraq-Zarqa highway near Thaghrat Al-Gubb, which resulted in no casualties.

The truck driver told Roya that a small vehicle came very close to the truck, and in attempts to move away from the vehicle, the truck driver lost control, which led to a collision with the central island which separates two roads.