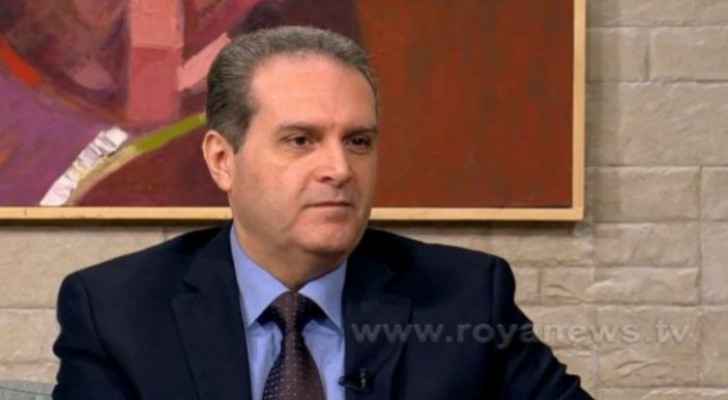 The head of the National Center for Epidemics and Infectious Diseases Firas Hawari said the biggest challenge is to prevent further spreading of COVID-19 into governorates. He noted that the new wave is concentrated in Amman and the number of COVID-19 cases in other cities remains low.

He called on citizens living outside of the capital to limit their visits to Amman, in order to protect themselves and prevent further spreading of the virus. He told Roya that if the daily positive PCR test rate stabilizes around 13 percent, that would be a positive thing because it means that Jordan reached the peak of the pandemic curve and will begin to drop.

He noted that one promising sign is that the number of confirmed cases currently receiving treatment in hospitals is approximately 1,900 cases, while the same number exceeded 2,200 cases during the first wave.

He stressed that the measures imposed by the government as 'one package', instead of in installments during the last wave, contributed to the quick stabilization of the number of cases and positive PCR test rates. He noted that other measures that the government may impose will be guided by the COVID-19 situation in the Kingdom.

Hawari called on citizens whose jobs do not require them to be present at the workplace on a daily basis, to not spend their time moving between different places to avoid spreading COVID-19.

He stressed that social distancing and vaccination are the most important things at this point. He called on citizens to register for vaccination and disregard rumours that spread false information about COVID-19 vaccines.

Hawari stressed that all hospitals follow the same treatment protocol for COVID-19 patients, which does not require any complicated medical procedures. Therefore, there is no difference between receiving treatment in a private, governmental or field hospitals in the Kingdom.

He pointed out that the occupancy rate of hospital beds currently stands between 30 and 35 percent. He added that if the hospital occupancy rate reaches 60 percent this means that Jordan is in a critical position, and measures need to be taken to limit the spread of COVID-19 and reduce the number of patients who need hospitalization.

Hawari noted that the first symptoms of COVID-19 are the loss of smell and/or taste, accompanied by a dry cough and shortness of breath. Oxygen levels in the blood might need to be monitored to make sure they do not drop below 94 percent. He added that patients would only need hospitalization if oxygen levels drop to 92 percent or less.