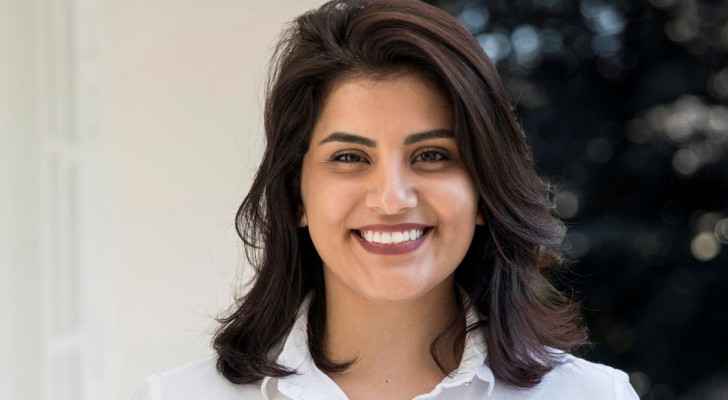 Saudi activist Loujain Al-Hathloul appeared Tuesday in a court in Riyadh for the first time since her conditional release Feb. 11 after spending nearly three years in prison.

At the end of last December, a court in Riyadh ordered Al-Hathloul to be imprisoned for five years and eight months after convicting her on charges of inciting regime change and "serving foreign parties."

The verdict was to be suspended for a period of two years and ten months. She was released on Feb. 10.

But she remains under conditional release for three years, and she cannot leave the kingdom for five years.

According to her family, the 31-year-old activist has appealed the ruling against her and the restrictions imposed on her and her parents. She will appear in court again on March 10.

"Today is the first time that Jane has appeared with her hands untied and without being blindfolded," her family said in a statement.

According to the statement, the prosecution requested that the sentence be tightened.

The statement added that "her sentence includes many restrictions, including a pledge that Jane was forced to sign in order to release her, and under which she cannot speak publicly about her trial, disclose details about prison, or even celebrate her release publicly."

Her parents have been banned from traveling outside Saudi Arabia since 2018, although they are not accused of any crime, according to family members living abroad.

For its part, Amnesty International said Tuesday before the hearing, on Twitter that Loujain "should be free without any conditions" to travel.

Al-Hathloul, 31, was arrested with other human rights activists in a campaign of arrests in May 2018, a few weeks before the ban on women driving in Saudi Arabia was lifted.

She had been advocating for the lifting of the ban for years.

Her conditional release came as Saudi Arabia faces criticism from US President Joe Biden's administration regarding respect for human rights.

Al-Hathloul's trial began in March 2019, nearly a year after her arrest. While some of the activists who were arrested with Loujain during the last two years have been temporarily released, others are still in prison.