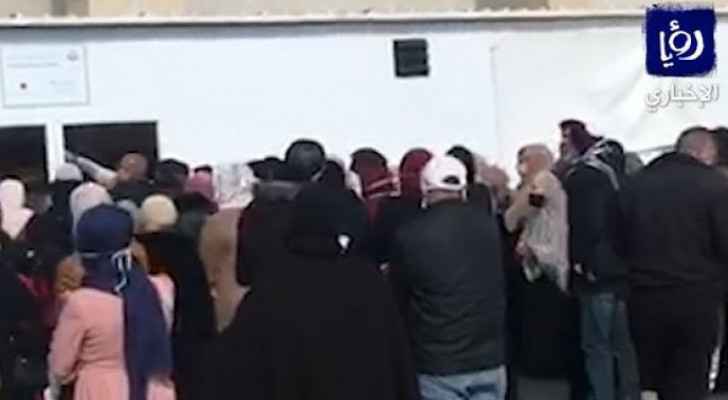 Wednesday, a video clip was sent to Roya showing severe overcrowding by a large number of patients at the doors of Zarqa Governmental Hospital.

Eyewitnesses told Roya that the hospital administration issued new instructions regarding the visits, including a queuing system, which contributed to the overcrowding.

Dr. Mabrouk Al-Suraiheen, the director of the hospital, admitted that there is some overcrowding in the hospital’s facilities, especially in the morning, but that the video does not accurately portray the situation in the hospital.

He said hospital staff is attempting to enforce social distance measures, and that 90 security guards have been hired to organize hospital departments and prevent overcrowding in the hospital, in addition to already-present public security personnel.

Al-Suraihin demanded that everyone in the hospital wear masks, and social distance. He also urged people to schedule appointments throughout the day, not just in the morning.

Zarqa Tuesday recorded 229 of those cases.