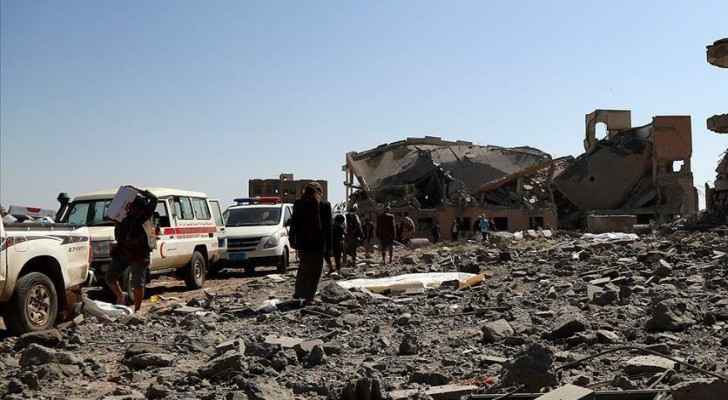 Five civilians were wounded in Saudi Arabbia after Houthi rebels in Yemen fired a missile that landed on a border village in southern Saudi Arabia, media announced Tuesday.

The Saudi Press Agency said, "The Civil Defense received a report about the fall of a military projectile launched by the Iranian-backed terrorist Houthi militia from inside the Yemeni territories towards one of the border villages in the Jazan region, and with the directives of the competent authorities of the site, it became evident that the military projectile had fallen in a public street."

The agency confirmed that the injured civilians were three Saudis and two Yemenis, and they were taken to hospital for treatment.

According to the agency, flying shrapnel from the fall of the shell caused damage to "two homes, a grocery store, and three civilian vehicles."

For its part, the US embassy in Riyadh condemned the attack on Jizan, and said in a tweet on Twitter, "We call on the Houthis to stop their attacks against innocent civilians and to engage in the diplomatic process to end this conflict."

The Houthi rebels have not claimed responsibility for the attack.

The Saudi-led military coalition against the rebels in Yemen announced Saturday that it had intercepted a missile over Riyadh and six drones launched by the Houthis on other regions in the Kingdom.

Since 2015, Saudi Arabia has led a military alliance in support of the internationally recognized government, which has been locked in a bloody conflict against the Houthis since they seized control of Sanaa and other areas in 2014.

Several areas in Saudi Arabia are constantly exposed to ballistic missiles and explosive drones launched from Yemen at its airports and oil installations.

Monday, the Secretary-General of the United Nations, Antonio Guterres, warned of a "death sentence" for the Yemenis after an international donors conference collected less than half of what the war-stricken country needs to avoid starvation.

The United Nations appealed to donor countries to donate generously to raise $3.85 billion to fund relief operations in the poorest countries of the Arabian Peninsula, but the total pledges only reached about $1.7 billion.