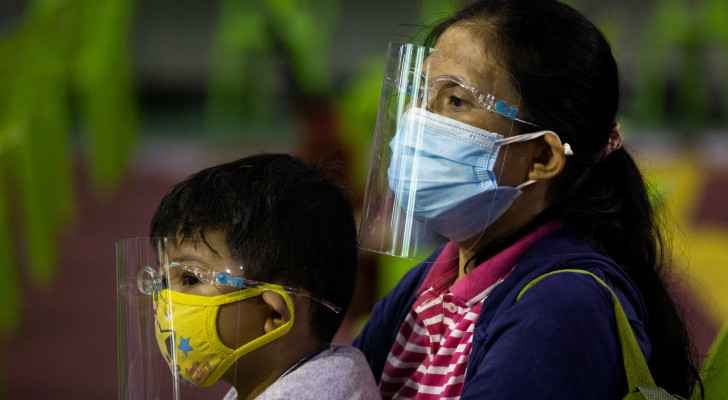 Monday, the Philippines launched its vaccination campaign against the Coronavirus, with priority given to health workers, security personnel and government officials.

The country is utilizing China's CoronaVac vaccine, despite concerns about its effectiveness.

President Rodrigo Duterte's top aides, who were among hundreds of vaccinated people, viewed vaccination as a moral imperative.

The vaccination campaign began in six hospitals in Manila after the country was delivered 600,000 jabs from Beijing.

"It gives hope that the light will return after a year of darkness," said presidential spokesman Harry Rocky.

The Asian archipelago has recorded more than 576,000 cases of Coronavirus and 12,000 deaths, and the launch of vaccines comes with a significant increase in the rate of infections for the first time in the last four months.

Manila is currently negotiating with six other manufacturers for vaccines.

However, the bulk of these vaccines are not expected to arrive before the end of this year.

Vaccine shortages are not the only challenge in the country.

Population confidence in vaccines remains at its lowest levels, after the Philippines was the first country to introduce the Dengvaxia vaccine against dengue fever in 2016.

A failed vaccination campaign led to unproven allegations that several children had died as a result of the vaccine, and the latest opinion polls showed that half of the population was unwilling to receive the vaccine against the deadly virus.

The country's chief vaccine negotiator, Carlito Galvez, criticized opponents who said they were spreading "false news" that the Sinovac Coronavac vaccine is not good.

He said, "Getting the vaccine is a moral duty for everyone. We should not wait for what is called the best vaccine because there is no such thing."

The Coronavac vaccine obtained the approval of the drug regulator in the country only days before its arrival, and the authority did not initially recommend its use to health workers due to its relatively low efficiency.

Later, the government allowed it to be given to those who wanted to, but many doctors and nurses preferred to wait for other vaccinations.

Philippines locks down economic hub to ....