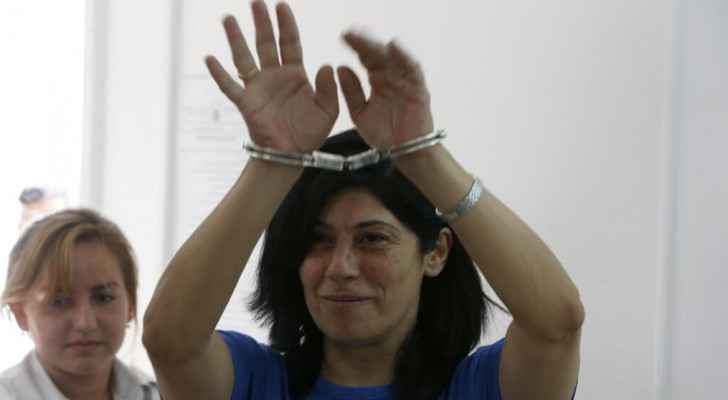 A Palestinian human rights organization said on Monday that an Israeli Occupation court had sentenced Khalida Jarrar, a member of the Palestinian Legislative Council and a prominent member of the Popular Front for the Liberation of Palestine, to two years in prison.

She has been detained since October 2019.

Addameer affirmed that “the Ofer Israeli Military Court sentenced Jarar to 24 months in prison, and 12 months suspended for five years from the day she was released, and a fine of 4,000 shekels (about $1,200)."

Jarrar, 57, was last arrested on Oct. 31, 2019, during an Israeli Occupation campaign of arrests targeting Popular Front activists following the killing of a young Israeli Occupation woman near the city of Ramallah in the occupied West Bank.

Jarrar has previously been arrested several times for her affiliation with the Popular Front for the Liberation of Palestine, which the Israeli Occupation, the United States and the European Union consider a "terrorist organization."

Addameer said in its statement, "The decision of the Military Court proves once again the systematic policy of the occupation authorities to target Palestinian political leaders to prevent any political action against the occupation."

The Popular Front for the Liberation of Palestine, one of the factions affiliated with the Palestine Liberation Organization, announced its agreement to participate in the upcoming legislative elections scheduled for May.

The Popular Front participated in the last Palestinian elections in 2006 and won three seats in the Legislative Council.