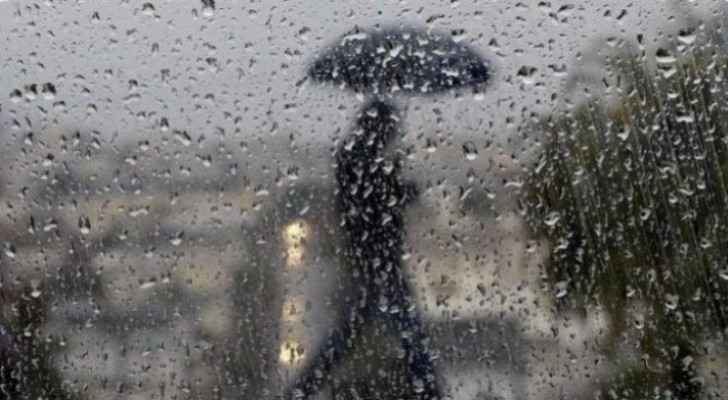 Monday, Jordan may witness scattered showers of rain as a result of the slight temperature drop, and the emergence of clouds at different altitudes. The weather is cold over the mountainous heights, and relatively cold in the rest of the regions in the Kingdom.

If rain will fall in the Kingdom, it will be most prevalent in the afternoon hours. Winds will be light to moderate in speed, which may turn active in the eastern desert, causing dust waves to blow throughout the air.

During the night, the weather will become cold to very cold, with fog forming in some areas.

Temperatures will drop at night and cold conditions will prevail in most regions of the Kingdom, and will become very cold in the mountainous highlands and parts of the eastern desert.

Medium and low clouds will appear in the north of the Kingdom, with weak opportunities for limited showers of rain in some parts, especially in the early hours of the night.