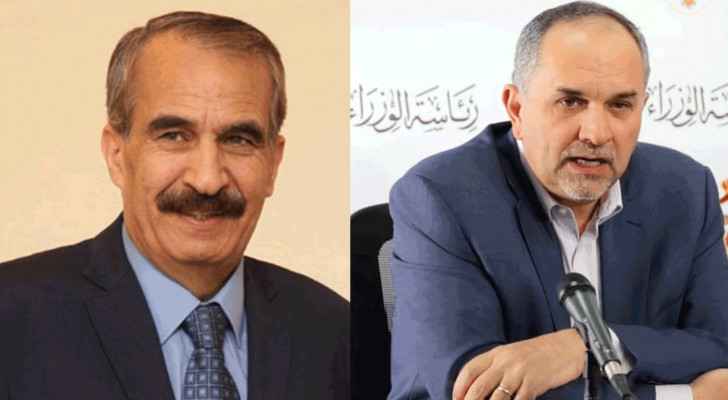 Sunday, a source revealed to Roya that Prime Minister Bisher Al-Khasawneh has ordered the Minister of Interior, Samir Mobaideen, and the Minister of Justice, Bassam Talhouni, during the cabinet session Sunday morning, to submit their resignations for violating defense laws.

The two ministers attended a dinner party at a restaurant, exceeding the permissible number of individuals in one room, contrary to defense orders.

Notably, Talhouni and Mobaideen did not attend the morning session of the Senate to discuss the general budget.

On Facebook, he wrote "Serving the nation and His Majesty the King is an unmatched honor. Praise be to God, we served sincerely until the last moment [wherein] I raised my head high. It was in all its stages honorable and honest."

He added, "Today, I submit my resignation from the government with a record of hard work in the service of the nation, the citizen, and His Majesty the beloved leader."

A Royal Decree was issued approving the acceptance of the resignation of both Ministers effective immediately.

The former head of the Contractors' Syndicate Dirar al-Sarayra, the host of the dinner that forces the ministers of justice and interior to resign, spoke to Roya about the incident that took place Thursday night.

He noted that all nine people wore their face masks and only took them off while eating. He stressed that all invitees adhered to defense orders, especially Talhouni and Mobaideen. He said “Mobaideen and Talhouni got us to get up from the table at 8:45 in compliance with the defense orders,” as the facility closes at 9pm.