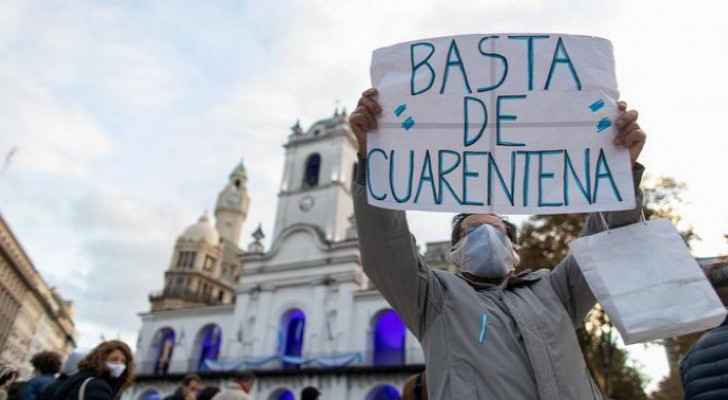 Saturday, thousands of citizens demonstrated in several cities in Argentina to protest against the discrimination witnessed in vaccine distribution wherein 'VIPs' and friends of the Minister of Health Gines Gonzalez Garcia, were jumping in line to receive a COVID-19 jab. The scandal led to the resignation of the Garcia at the request of President Alberto Fernandez.

Protesters gathered, waving blue and white flags, outside government headquarters in Plaza de Mayo in Buenos Aires, and in other cities.

They carried banners reading "Give me my vaccination", "Get away, all of you," and "Stop wasting our money."

Garcy resigned last Friday after it emerged that the 75-year-old doctor had helped friends get vaccinated before their designated turn.

The scandal was revealed after 71-year-old journalist Horacio Verbitzky announced to the radio that thanks to his long friendship with the Minister of Health, he was able to get a vaccine in his office before the rest of the population.

Monday, the Argentinian government issued a list of 70 people who received the vaccine outside the official campaign that it launched at the end of Dec. 2020, including Economy Minister and former President Eduardo Duhalde, his wife and their children.

"They started giving vaccinations to friends of those responsible. They are stealing someone else's life," Irene Marcet, who participated in the protest in the Plaza de Mayo, told AFP.

On the grids in front of Casa Rosada, the official residence of the Argentine president in Buenos Aires, protesters hung huge black body bags marked with the names of vaccinated pro-government leaders.