Temperatures higher than usual for this time of year: ArabiaWeather

Temperatures higher than usual for this time of year: ArabiaWeather 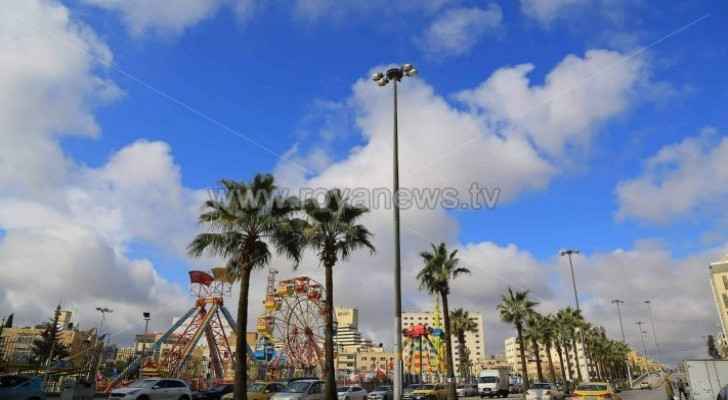 According to ArabiaWeather Sunday, temperatures in the Kingdom have dropped a bit, but they still remain several degrees above their usual levels for this time of year.

The weather continues to be slightly cold, but remains stable. In the Jordan Valley, the Dead Sea, and Aqaba regions, the weather is warm.

The winds are light and volatile, converting to northwesterly moderate winds which may become active at times.

Sunday night, the weather will become slightly colder, and will become very cold in several areas of the Badia, eastern plains and the Shura Mountains.

Notably, ArabiaWeather stated that the latest weather forecasts indicated that Jordan will be witnessing a relatively cold week, especially during the night hours, especially at the beginning of the week.

They added that the forecasts show that temperatures are set to rise next weekend.

According to the forecast, the chances of rain are expected to be weak overall for this week, but they do remain present, as there are opportunities for separate sporadic showers of rain between Sunday, Monday and Tuesday in limited areas and for temporary periods.

According to the numerical outputs, a cold air mass will be moving in the upper air layers of the Egyptian lands towards the Kingdom on Wednesday and Thursday, causing the continuation of the chances of rain in the Kingdom.