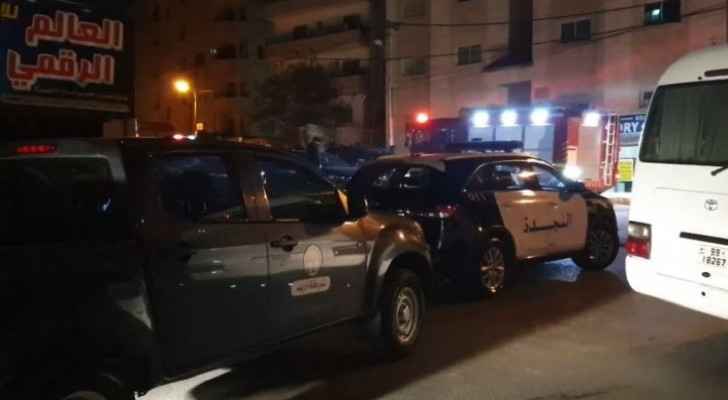 Sunday at dawn, a Roya correspondent reported that one person has died in the Hay Al-Janobi area, Irbid as a result of a chemical leak in an apartment, while tenants in 16 other apartments were evacuated. According to the media spokesperson for the Public Security Directorate (PSD), the deceased was identified as a 20-year-old Syrian man.

According to the spokesperson, the deceased intentionally leaked the chemicals in order to kill himself, noting that rescue teams attempted to unsuccessfully resuscitate the man. The 20-year-old's body was taken to the Princess Basma Hospital.

The Roya correspondent said that civil defense and public security teams evacuated the apartments after chemical materials leaked from one of the apartments.

The families living in the 16 other departments were placed in a bus in order to rid the building from the chemicals. The sterilization process is still underway.