Translation: You Slaughtered Us 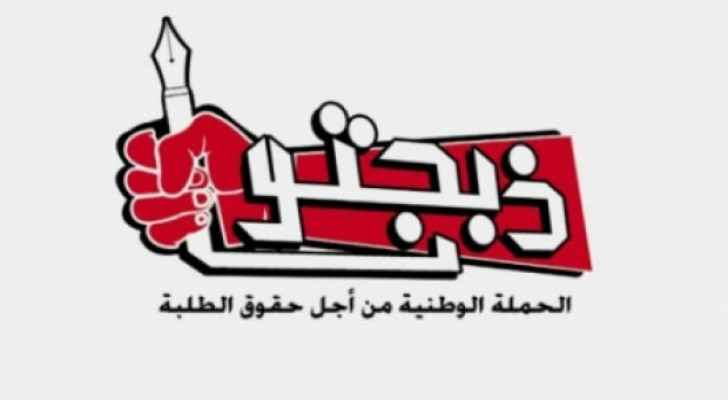 Saturday, The National Campaign for Student Rights 'Dabahtoona', which translates into 'They Slaughtered Us', sent a letter to the Minister of Higher Education, calling on them to stop the administrations of public and private universities from persecuting students and their pockets.

The campaign saw that the financial measures taken by university administrations in taking advantage of the defense law and the decisions of distance learning, and the persistence of these universities in bullying and coercion on students, makes it imperative for the Higher Education Council to take a decision that prevents the administrations of public and private universities from making any financial decision against students without the approval of the Higher Education Council.

Despite the size of the economic and financial crisis that the country and the citizens are going through, the majority of public universities have focused all efforts on obligating students to pay.

Additionally, the campaign claims that an official university is forcing female students to pay housing fees for the second semester in full, knowing that they would only be staying in the acommodation for one day a week during the second semester.

They pointed out that public and private universities have taken advantage of distance learning in all respects and at all levels.

Thereofore, according to the campaign, these private and public universities are exploiting students using methods such as payments prior to registration, and denying students registration without paying what is owned, especially for the second semester - or part thereof - in advance, in a never-seen before step during in-person education, for the fear of student protests.

The campaign stressed that the Higher Education Council made a mistake when it approved distance education in the second semester, without requiring public and private universities to reduce fees for hours, services, registration and cancel transportation fees.

The campaign presented several issues related to this matter at a number of universities, calling on the Ministry of Higher Education to immediately intervene to solve them and treat students fairly, especially as these cases relate to financial measures taken by universities against students, in light of a stifling financial crisis due to the pandemic.