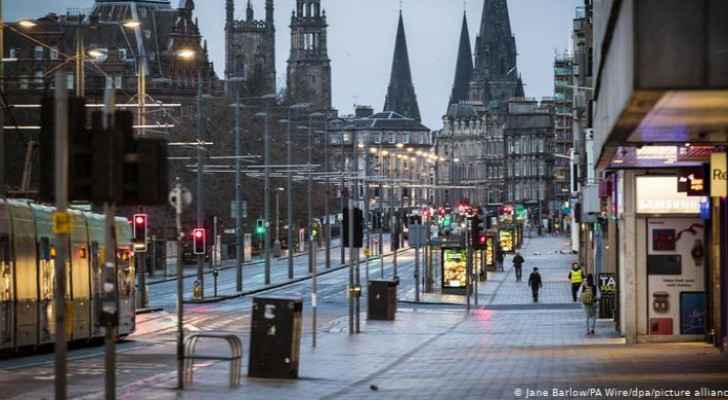 Friday, the Joint Committee on Vaccination and Immunization (JCVI) said that the United Kingdom's next phase of COVID-19 vaccines will be administered based on age rather than an individual's job or occupational risk.

The decision sparked anger and outrage from police and teachers who stated that they should get priority to the vaccines due to the high occupational risk their jobs entail.

Britain has vaccinated around 18 million people with at least one dose of the vaccine. According to official health sources, Britain plans to vaccinate the entire population by the end of Jul. 2021.

By mid-April, Britain is aiming to administer the first vaccine dose to all those over 50 in the Kingdom before moving on to those in their 40s, following by those in their 30s and those over 18, according to JCVI's Wei Shen Lim.

Lim said it would be quicker and more efficient to vaccinate groups by age, and not by their job title. "Speed is the critical factor here," he noted.

“Following an age-based program will be simple, and simplicity has been one of the cornerstones of the current program in terms of speed and success.”

However, the decision was condembed by many in the police force, who called it a “contemptible betrayal of police officers”.

According to the National Chairman of the Police Federation of England and Wales John Apter, police have the right to be outraged. On Twitter, he wrote: “Their anger is palpable, this will not be forgotten.

According to the General Secretary of the Association of School and College Leaders, Geoff Barton, he was “disappointed that the JCVI has not advised the prioritization of education staff”.

Notably, schools and educational institutions are set to reopen in the Kingdom Mar. 8, prompting fears of increased coronavirus transmission risks.

Lim said the next phase of vaccinations will focus on boosting jabs among black, Asian and other 'ethnic minority' communities within eligible age bands, as well as among those who are overweight or obese, and those living in underdeveloped neighborhoods.

Britain this week lowered its coronavirus alert to four from the highest tier (five), as the country looks to relax restrictions in the coming months.