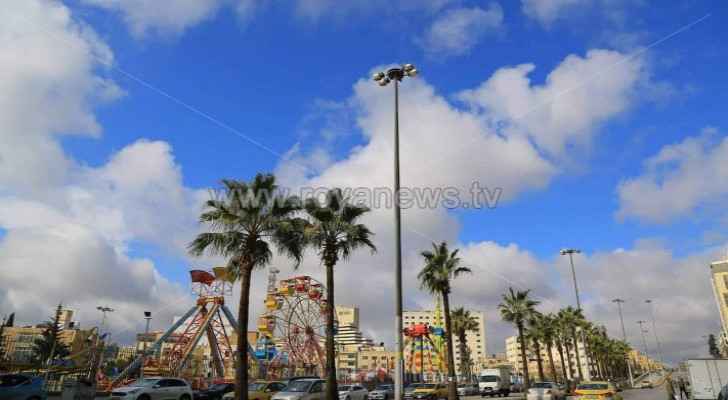 According to ArabiaWeather, there is a slight rise in temperatures Saturday, becoming 4-6 degrees Celsius higher than their usual rates for this time of the year. The weather is stable and sunny in the north and center of the Kingdom, while remaining slightly cooler over mountainous heights.

Gradually, some clouds may appear during the day at different altitudes, especially in the south and southeast of the Kingdom, therefore heightening the chance of rain showers in some of these areas. The winds will be light.

During the night, the weather will become generally cold in most regions, and sporadic showers of rain are expected in parts of the southern and southeastern Badia, and the winds will be light.

Sunday, temperatures will drop a little during the day, but will remain several degrees above their usual levels for this time of the year.

The weather will continue to be relatively cold, but will be generally stable with the appearance of some scattered clouds. Warm temperaturs are expected in the Jordan Valley, the Dead Sea, and the Aqaba regions.

Sunday night, the weather will be generally cold in most regions, and very cold in some areas of the Badia, the eastern plains and the Shura Mountains.