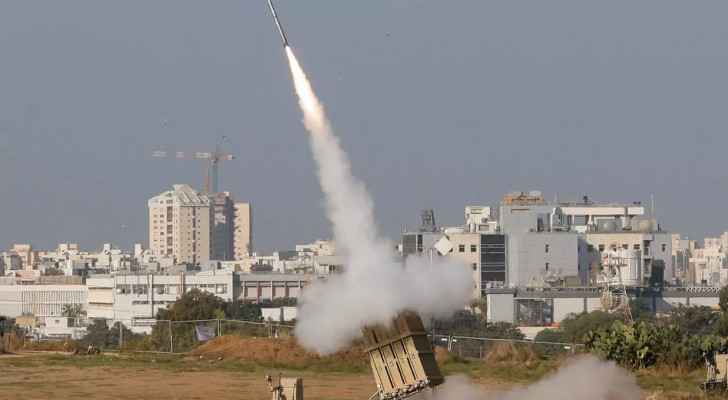 The Israeli Occupation General Security Agency (Shabak) said Friday that it had arrested an 1948 Palestinian with family ties to Gaza on charges of passing information on the Iron Dome air defense system to Hamas leaders in the Palestinian territories.

In a statement in Hebrew, the Shin Bet said that Muhammad Abu Athra, 43, is accused of "committing crimes that include belonging to a terrorist organization and passing information to the enemy."

He added that Abu Atrah's mother and wife are from the Gaza Strip, and that his father is a Bedouin, which allowed him to cross back and forth between his home in the Israeli Occupation and Gaza.

"This order allowed the military wing of Hamas to recruit him and hold direct meetings with him in Gaza, as it provided them with a unique opportunity to obtain information about Israeli territory and carry out missions for their benefit," he said.

The statement said that among the tasks assigned to him by Hamas was to "collect and provide information" on the locations of the Israeli Occupation Iron Dome anti-missile system.

This system is frequently used to intercept rockets fired from Gaza into the Israeli Occupation.

The Shin Bet said that Abu Athrah was arrested on Feb. 3 and charged with official charges Friday in a court in the city of Beersheba.

The Israeli Occupation Public Security Agency added that it "is seriously looking at the issue of using Israeli nationality to assist terrorist activities, and will continue to work with the aim of thwarting all terrorist activities carried out by Hamas ... and prosecuting those who assist the terrorists."