MBS expected to be named in American report on Khashoggi killing 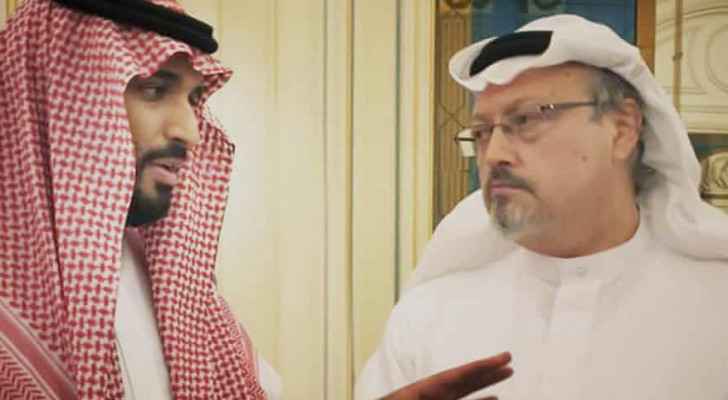 The Director of National Intelligence is expected to release a report Friday indicating the involvement of Saudi Crown Prince Mohammed bin Salman in the brutal murder and dismemberment of dissident Jamal Khashoggi in October 2018.

It is believed that the report will indicate that, based on intelligence gathered by the Central Intelligence Agency (CIA) and other spy agencies, the Crown Prince of Saudi Arabia issued orders to assassinate the veteran journalist residing in the United States, at the Saudi consulate in Istanbul.

Prince Mohammed denied that he had a role in the killing, despite the proven involvement of some of his closest advisors.

The administration of former US President Donald Trump, which was intent on strengthening ties with Riyadh, avoided publishing the report or publicly accusing the Saudi crown prince.

The report's revelation comes as President Joe Biden seeks to reset US relations in the Middle East and restore human rights principles to a prominent place in US politics.

On Thursday, Biden had his first telephone conversation with Saudi King Salman bin Abdulaziz, since he assumed the presidency five weeks ago.

Khashoggi, an opponent of Saudi Crown Prince Mohammed bin Salman, was a resident of the United States and was writing for the Washington Post when he was killed in 2018 inside his country's consulate in Istanbul.

The Saudi ambassador to the United States notified the 59-year-old journalist to go to the Saudi consulate in Istanbul if he wanted to obtain documents for his upcoming marriage from his Turkish fiancée, Hatice Cengiz.

There, he was killed and his body dismembered by a team sent from Riyadh under the direction of Prince Mohammad's top aide, Saud Al-Qahtani.

Just one month after the crime, the CIA concluded confidently that Prince Mohammad had ordered the assassination, according to the "Washington Post." The US Senate, after reviewing the report at the time, concluded that the Crown Prince was "responsible" for it.

However, Trump avoided publicly accusing the Saudi crown prince in order to preserve the alliance with Saudi Arabia, which is one of the pillars of his anti-Iran strategy, knowing that the Kingdom is the largest exporter of oil in the world and the largest market for US weapons.

According to the American newspaper, the CIA had major evidence indicating Prince Mohammed's involvement.

Among these evidences is a phone call of Prince Mohammad with his brother Khalid bin Salman, the Saudi ambassador to the United States, which was monitored by the CIA.

During that call, Prince Mohammad ordered his brother to tell Khashoggi to go to Istanbul to get the documents he needed for his marriage.

The other evidence included a video clip recorded by the Turkish intelligence service of the murder from inside the Istanbul consulate, which clarified what happened and helped to identify the perpetrators and showed contacts between them and Riyadh.

The Saudi prince has denied the accusations of his involvement, whether by giving orders or having knowledge of the plot to kill Khashoggi.

But few observers in Saudi Arabia believe that the crime may have happened without the knowledge of Prince Mohammad, the powerful man who imprisoned a number of critics and detained a number of responsible princes within the royal family.

Under intense pressure from the United States and the international community, the Saudi government prosecuted some of the participants in the killing of Jamal Khashoggi.

The closed-door trial acquitted the two officials seen as the masterminds of the crime: Al-Qahtani, a media advisor to the royal court, and Ahmed Al-Asiri, deputy head of intelligence. Both are part of Prince Mohammed's inner circle.

However, five of the defendants, whose names have not been revealed, were sentenced to death and three others received long prison terms. After nine months, the court annulled the death sentences and replaced them with penalties of up to 25 in prison.

Amnesty International and Reporters Without Borders called the case a "parody of justice".

On Nov. 15, Washington announced sanctions against 17 Saudis suspected of involvement in the Khashoggi assassination, including Al-Qahtani, but they did not include Al-Asiri.