Shamima Begum will not be allowed to return to Britain to appeal decision: British court 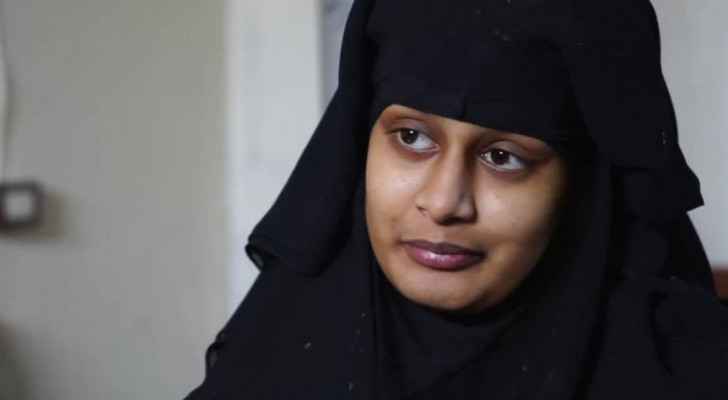 Friday, the highest British court ruled that Shamima Begum, who was stripped of her British nationality after joining Daesh in Syria, will not be allowed to return to appeal this decision.

"The Supreme Court allows MOI appeals but does not allow Ms. Begum," Judge Robert Reed said, a ruling in favor of an appeal filed by the government challenging a lower court's decision that would have allowed Begum to return.

Last July, the British judiciary considered that "the only way to" allow her to "fairly and fairly" appeal the decision to revoke her citizenship is to allow her to enter the United Kingdom to do so.

The court, which included five judges, said Friday that the right to a fair trial does not override other considerations such as public safety.

They said, "The appropriate response to the problem in the current case is to keep resuming the ban, until Ms. Begum is in a position to play effective countries without endangering people's safety."

"This is not the best solution, as it is not known how long it will take for this to become possible. But there is no perfect solution to a dilemma like this," they added.

Begum, now 21, left her home in east London at the age of 15 to go to Syria with two school friends, and married a Daesh operative.

In 2019, she told the British newspaper The Times that she did not regret her going to Syria, and that she was not "bothered" by seeing a severed head lying in the rubbish.

The British authorities revoked her citizenship in February 2019 for reasons of national security, prompting criticism from right-wing newspapers.

Dublin warns of the 'downward spiral' of violence in ....

Dublin warns of the 'downward spiral' ....