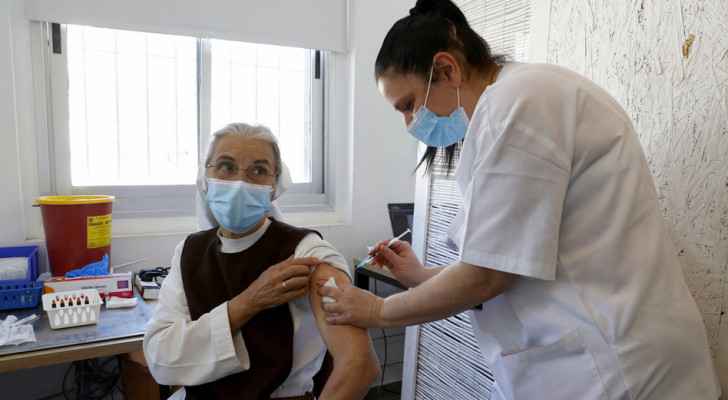 Friday, the Israeli Occupation's Ministry of Health announced that the country has now vaccinated 50 percent of its population of 9.3 million with at least one dose of a coronavirus vaccine.

It was also announced that 35 percent of the population have received both doses of the Pfizer-BioNTech vaccine.

A study conducted by Pfizer on 1.2 million people who were vaccinated in the last two months in the Israeli Occupation, found that symptomatic cases among individuals who had received both doses fell by 94 percent.

Since the beginning of the pandemic, the Israeli Occupation confirmed 769,971 coronavirus cases and 5,694 deaths.