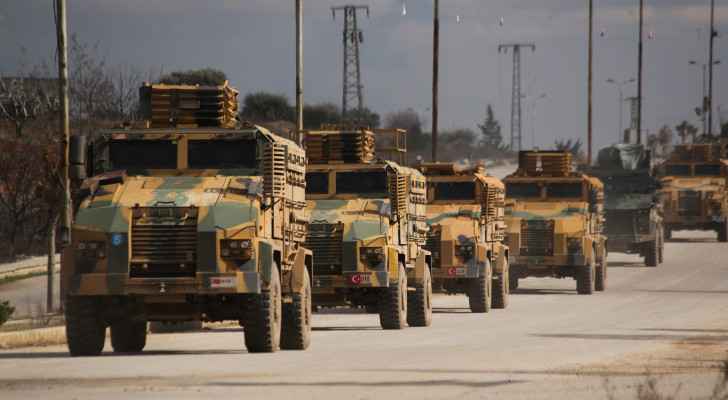 Global military spending, supported by the strengthening of the capabilities of the Chinese Navy, hit a new record in 2020 despite the COVID-19 pandmic and the resulting economic crisis, according to the annual report of the International Institute for Strategic Studies of Britain.

In its report issued Thursday, the institute stated that these expenditures amounted to $1.830 billion last year, an increase in real value of 3.9 percent compared to 2019.

Nearly two-thirds of this increase is attributed to the United States, which still has the lion's share, with its expenditures accounting for 40.3 percent (or $738 billion) of total spending, and also to China (10.6 percent or $193.3 billion).

China is the engine of growth in military budgets in Asia (25 percent of the total).

The International Institute for Strategic Studies said, “Several countries have adjusted their military budgets to redirect money toward aid in times of crisis or to spend it on measures to support the economy.… However, many other countries have simply reduced or postponed the increase in planned spending."

The report also confirms the growth of Chinese military capabilities, especially the naval forces, which are working to increase its fleet significantly, with reference to China’s assertion of its right to disputed areas in the South China Sea.

In Europe, too, defense spending has increased, especially to deal with Russia, which has been an increasing threat since the annexation of Crimea in 2014.

The institute said that the "commitment of major players," such as France, the United Kingdom, Germany and Italy, "to increase their defense budgets in 2021 and beyond indicates their determination to avoid the cuts that followed the financial crisis of 2007-2008."

In 2019, military spending recorded the largest increase in a decade with a growth of four percent, amid increasing competition between great powers and the race for new technologies.