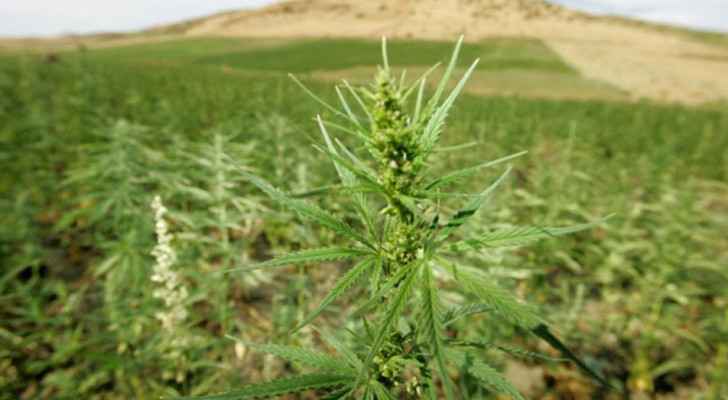 Morocco, one of the world's largest hashish producers, intends to legalize the cultivation of the cannabis plant from which this drug is extracted for medical and industrial uses, according to a government statement after its weekly meeting Thursday.

The statement stated that the government has begun studying a draft law submitted by Minister of Interior Abd al-Wafi Lafit regarding "the legitimate uses of cannabis," provided that it will continue studying and approving it during the next government council.

This is the first time that the authorities officially announce their intention to legalize the cultivation of cannabis for legal uses, after the issue has been causing widespread controversy for years.

It is expected that this cultivation will become permissible in specific areas that will be limited later, under a license received by a specialized agency. But it will be legitimate only "within the limits of the quantities necessary to meet the needs of the production of materials for medical, pharmaceutical and industrial purposes," according to the draft law, which was seen by Agence France-Presse.

It also requires licensed farmers to join cooperatives, with "compulsory receipt of crops by manufacturing and export companies", subject to penalties.

The project aims to take advantage of "opportunities provided by the global market for legitimate cannabis," and "improve farmers' income and protect them from international drug smuggling networks."

It also seeks to "attract international companies specialized in this field."

It comes "to keep pace with the progression defined by international law from prohibiting the use of the marijuana plant to licensing its use for medical and industrial purposes," and "scientific developments that have shown that it has medicinal advantages."

Parliamentary groups had already submitted proposals for laws a few years ago to legalize this cultivation, as well as to pardon the practitioners who were prosecuted, but these proposals were not discussed in Parliament.

The Moroccan authorities announce from time to time that they have thwarted attempts to smuggle hashish, sometimes in quantities close to 10 tons, as was the case in an operation carried out by the police at the weekend.

The total of the shipments seized last year was about 217 tons.