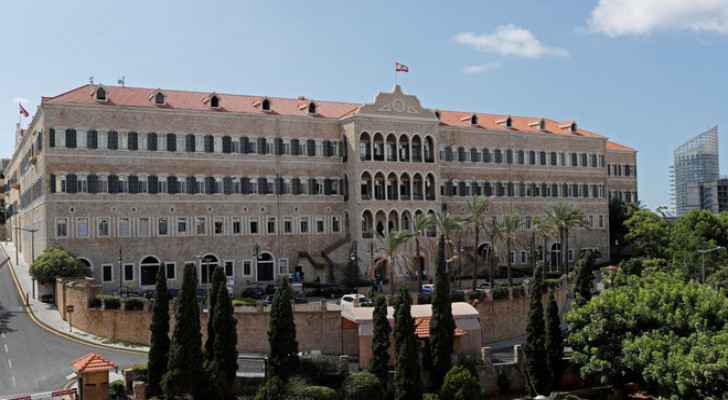 Authorities receiving the coronavirus vaccine at the headquarters of the Lebanese Parliament on Tuesday sparked a wave of widespread criticism of what some considered a "violation" of the vaccination plan adopted in the country.

The World Bank even threatened to suspend its financing for the campaign.

The Secretary-General of Parliament, Adnan Daher, confirmed on Tuesday that 16 MPs, in addition to four employees in Parliament, who are over 75 years old, received the vaccine inside the parliament headquarters.

Lebanon began the vaccination campaign in the middle of this month, under the support of the World Bank in the amount of 34 million dollars to help it obtain vaccines, on the condition of a fair and equitable distribution in accordance with the schedule of priorities.

According to the government's plan, the first phase of vaccination is reserved for medical staff and those over the age of 75.

The head of the National Committee for Coronavirus Vaccination in Lebanon, Abdel-Rahman Al-Bizri, said in a press conference, "What happened today is a breach that we cannot remain silent about, it is an attempt to distinguish a group of people ... and no one is allowed to override the plan no matter what."

Al-Bizri had informed the media of his intention to resign from his post in protest, before he backed down after consultations with his committee and the World Bank.

He described the inoculation of MPs as "a big and fatal mistake that should not be repeated."

The topic sparked controversy on social media. A Twitter user wrote, "My mother is eighty-four years old and registered (on the platform), but she did not know that it was her turn, while politicians, their families and friends will receive the vaccine before her."

The World Bank's regional director, Saruj Kumar Jah, threatened to suspend financial support for the vaccination campaign if it was proven that the agreed plan was "in violation."

He wrote on Twitter that what happened "is not in line with the national plan agreed upon with the World Bank, and we will record it as a violation of the terms and conditions that were agreed upon with us for a fair and equitable vaccination."

"Upon confirmation of the violation, the World Bank may suspend the financing of vaccines and support for the COVID-19 response plan across Lebanon," he added in another tweet, adding, "I appeal to everyone, and I mean everyone, regardless of your position: please register and wait for your turn."

The International Federation of Red Cross and Red Crescent Societies supervises the storage and distribution of vaccines, at a time when the entire political class in Lebanon is facing accusations of corruption and abuse of influence.

17,000 people have been vaccinated since the first batch of vaccines arrived.