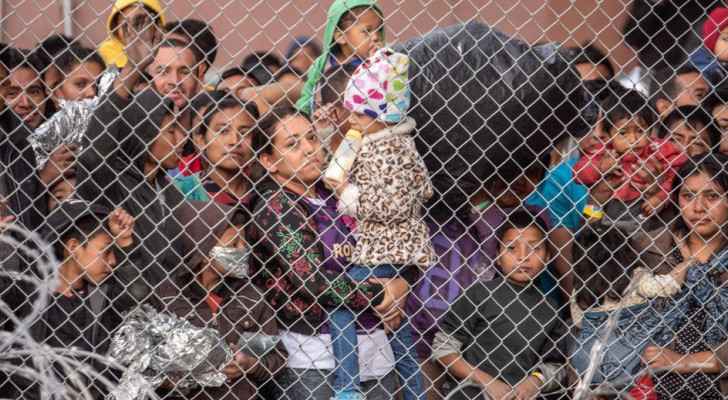 Under the Biden administration, an old oil field worker camp in Texas, which funnily enough, was used for a short period of time as a detainment facility under the Trump administration in 2019, has reopened to "hold up to 700 children."

The Biden administration indicated that the facility reopened due to capacity cuts in other facilities as a result of the pandemic.

Immigration activists were astounded by the news. Lawyer Linda Brandmiller told the Washington Post that this move was "unnecessary," and went against everything that the President promised to change.

An activist who was previously arrested for protesting at the same camp in 2019, Rosey Abuabara, told the journalists that she was heartbroken to hear that the detention facility was opening once again.

"I don’t have any hope that Biden is going to make it better,” she said.

Social media users flooded several online platforms, with some targeting comments at Biden and the Democratic party, noting that during Biden's run for president, he expressed his opposition several times to child detainment centers - often referred to by critics as "kids in cages" under the Trump administration.

"if you dont vote for biden, you dont care about the kids in cages at the border" https://t.co/7VAHLiVNMN

Meet the new boss, you’ll be amazed at the similarities between him and the old boss. https://t.co/XTCOd1tOHS

Other social media activists described these centers as concentration camps or "prisons," with one user writing, "They're literally reopening Trump child camps but saying it's good this time."

weird, thought 'kids in cages' was not going to be a thing anymore https://t.co/zY0eILi3CH

Here we go with the concentration camps again. and if you think I exaggerate, those sure look like cages to me https://t.co/YEdT8RgDg2

Americans also took aim at the Washington Post for its more muted language in describing the camp, compared to the newspaper’s coverage of similar facilities under President Trump.

Here we go with the concentration camps again. and if you think I exaggerate, those sure look like cages to me https://t.co/YEdT8RgDg2

However, many liberals defended Biden. One Twitter user, who opposes Trump, said that the containers at the centers "offer privacy," which kids who were put in cages under the Trump administration did not have.

These are not cages. The children have beds, blankets and real bathrooms. The article said they are only here until their rightful sponsors are found. They are also taking in others that were being held up in Mexico. They had no place to live there.

Another user compared the containers to “mobile homes that people live in all over the country,” prompting an actual mobile home resident to point out that he doesn't have bars on his windows and has the ability to leave the home when he desires.

At the French-Italian border, the face of immigration is ....

At the French-Italian border, the face ....