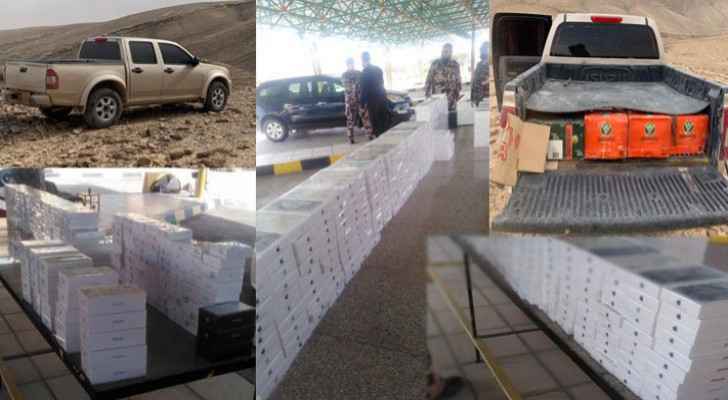 Tuesday, the media spokesperson for the Customs Department stated that personnel working in the Anti-Smuggling Directorate managed to seize 64 crates of smuggled alcoholic drinks found within a vehicle.

The spokesperson added that the seized vehicle, which was on its way to Amman, was searched and contraband was found and seized, noting that the necessary procedures were taken in order to implement the correct legal measures against the perpetrator.

On the other hand, custom cadres working in the Aqaba Customs Directorate - Wadi Arabia Customs Center thwarted the smuggling of 205 Apple iPhones, 14 watches, and 75 pairs of headphones.

It should be noted that the smugglers hid the contraband in between personal belongings for a wedding party inside a private vehicle.

PSD foils attempt to smuggle thousands of pills in water ....