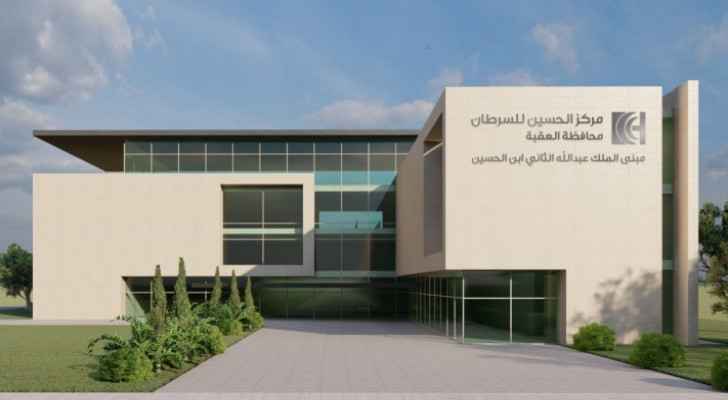 In implementation of royal directives, Her Highness Princess Ghida Talal, Chair of the Board of Trustees at the King Hussein Cancer Foundation and Center, announced Monday her intentions to establish a branch of the King Hussein Cancer Center in Aqaba bearing the name of His Majesty King Abdullah II bin Al-Hussein. It is expected that the center will start operating in 2023.

The center will be supervised by a distinguished medical team to provide comprehensive treatments that includes chemotherapy, early detection, endoscopy, and various scanning services.

Additionally, the center will be equipped with a laboratory, a pharmacy and specialized clinics.

The establishment of the center's branch in Aqaba aims to relieve the people of the southern governorates from the burden of traveling to receive cancer treatment, and it will also provide them with the best treatment in line with the latest international standards.