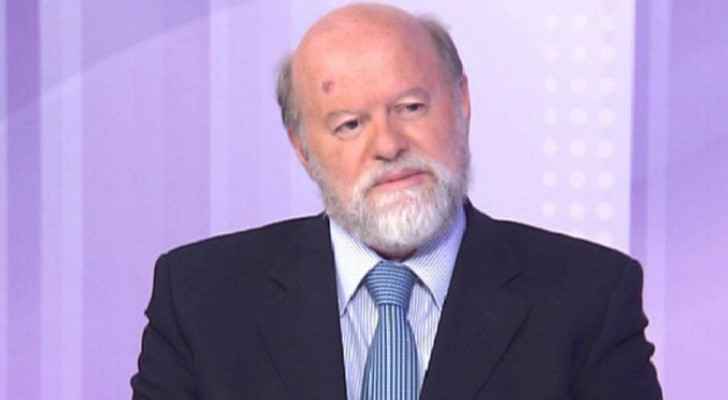 The Lebanese political activist, Anis al-Naqqash, died on Monday in Damascus at the age of 70, as a result of being infected with the Coronavirus.

Naqqash is known for his struggle for the Palestinian cause and was convicted decades ago of attempting to assassinate an official in the former Shah of Iran’s regime in France and imprisoned there.

The official Syrian News Agency (SANA) reported that "the Lebanese militant and political thinker, Anis Al-Naqqash, died in a Damascus hospital," two days after he was admitted to intensive care as a result of his deteriorating health.

Al-Mayadeen TV reported that his body will be removed on Tuesday from Damascus and buried in Beirut.

Al-Naqqash joined the ranks of the Palestinian resistance in Lebanon early, and joined the Fatah movement when he was 16 years old, and participated in several military operations against the Israeli Occupation.

In an interview with Al-Jazeera in 2000, Naqqash said that he contributed "to writing the Iranian Revolutionary Guard Project."

In 1980, Naqqash was found guilty in France of the attempted assassination of former Iranian Prime Minister Shahpour Bakhtiar, who was the last prime minister under the Shah.

Naqqash was sentenced to life in prison in France and spent ten years in prison, before being released in 1990 in an exchange for the release of three French hostages in Lebanon.

During the past years, Anis Naccache, who has been a fierce defender of Iran, began working as a political researcher, and was hosted by several channels as a political analyst.

Al-Naqash is one of the most vocal critics of Saudi Arabia, as he was supportive of the Lebanese Hezbollah and was close to Damascus and had supported Syrian President Bashar al-Assad during the years of the ongoing conflict since 2011.