UN concerned about pandemic being used as 'pretext' for repression 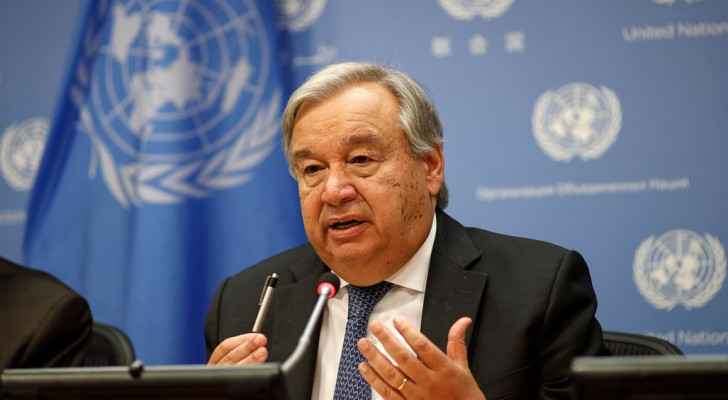 Monday, the Secretary-General of the United Nations, António Guterres, expressed his regret that some countries have used the pandemic as a pretext to suppress 'dissenting voices' and silence the media.

In his annual speech before the Human Rights Council, the Secretary-General said, "The authorities of some countries have taken strict security measures and imposed emergency measures to suppress dissenting voices, abolish basic freedoms, silence independent media and obstruct the work of non-governmental organizations, using the pandemic as a pretext."

Guterres spoke in a filmed video recording on the occasion of the opening of the 46th session of the Human Rights Council, which is being organized for the first time in its history completely virtually (until March 23) due to the COVID-19 pandemic.

More than 130 heads of state and government or ministers will speak during the first three days of the session, including the Venezuelan President Nicolas Maduro and Afghanistan's Ashraf Ghani on Monday.

US Secretary of State Anthony Blinken will deliver his speech Wednesday, in what constitutes the return of the United States, to the international institution that the US left in 2018.

The Secretary-General devoted a large part of his annual speech to the Council to the COVID-19 pandemic, noting in particular that it “exacerbated vulnerabilities” and changed the lives of hundreds of millions of families who lost their jobs or had their income reduced.

He pointed out that "human rights defenders, journalists, lawyers, activists and even workers in the health sector have been subjected to arrest, prosecution, intimidation and surveillance for criticizing the imposition of measures, or lack thereof, to confront the epidemic."

Also, "Vital information was sometimes withheld, and deadly misinformation was exaggerated, including by some leaders," without mentioning any of them.

The United Nations High Commissioner for Human Rights, Michelle Bachelet, denounced "unlawful restrictions on public freedoms and the excessive use of emergency powers" in the context of the pandmemic.

She did not say which country she was referring to.

Guterres also said that the pandemic "exacerbated the vulnerability of the situation" and transformed the lives of hundreds of millions of families who lost work or whose incomes declined.

"The pandemic has affected, to varying degrees, women, minorities, the elderly, people with special needs, refugees, immigrants and indigenous peoples," he said, and "extreme poverty has increased."

"Measures related to the pandemic have been invoked to undermine electoral processes, weaken the voice of opponents, and suppress criticism," he added.

"Years of progress in the area of gender equality have evaporated," he said.

The Secretary-General also denounced the "national" tendencies in vaccination operations, as "ten countries alone received more than three quarters of the doses of the COVID-19 vaccine given so far."

In his speech, Guterres called for "intensifying efforts against the return of neo-Nazism, white supremacy and terrorism motivated by racism and ethnicity" and for working to coordinate measures on a global scale to curb this "dangerous and growing threat."

It is considered that it has "become a cross-border threat" rather than an internal terrorist threat.