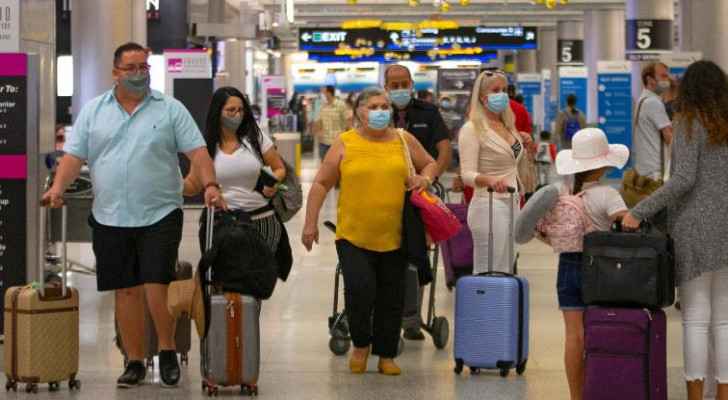 Sunday, the United States exceeded half a million deaths from the coronavirus, nearly one year after the first case was recorded in the country.

He added, "We have not known anything like this for more than 100 years, since the 1918 pandemic," explaining, "This is something that will remain in history."

The threshold of 400,000 deaths was crossed in January, on the eve of Joe Biden's inauguration as president. He made fighting the pandemic his top priority at the start of his term.

But in his speech at the Pfizer vaccine factory in Kalamazoo, the US president also emphasized the hope of the current pace of vaccination.

"I think we will get close to the normal situation by the end of this year," he said.

With an average of 1.7 million injections per day, which should increase in the coming weeks, Biden said he is confident that he will be able to reach 600 million doses (sufficient to vaccinate the entire population) by the end of July.

The polar frost wave and snowstorms that have hit the country for more than a week have slowed the vaccine campaign. The distribution of six million doses was postponed, and all 50 American states were affected by this delay, according to Andy Slavitt, the White House adviser to combat the coronavirus, on Friday.

So far, more than 61 million people have received one of the two vaccines authorized in the United States, of whom 18 million have received the required two doses.

In another encouraging sign, and after the pandemic reached its peak in January, the weekly average of deaths and new cases clearly decreased, according to the data of the Covid Tracking Project.

Globally, the pandemic has killed at least 2.46 million people since December, according to an AFP tally Sunday.