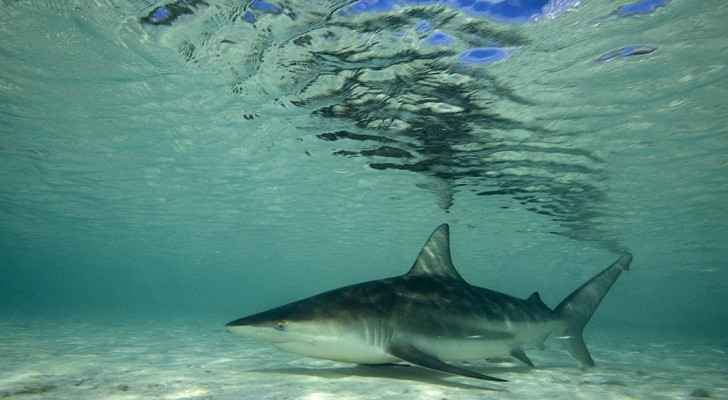 Almost a decade ago, 58-year-old Dave Pearson almost died when a bull shark tore into his arm on the shores of Australia’s east coast. In light of the horrific event, Pearson founded the ‘Bite Club’, which started off as a small group of shark attack survivors. Now, it includes victims of other animal attacks such as alligator bites and hippo attacks.

Since Pearson’s friends hauled him back to the ground and away from the dangerous depths which are home to the three meter predators, he began tirelessly helping others escape the psychological grip of nightmare attacks which follow.

"My life is shark attacks," Pearson told AFP, still dripping wet after another day on the waves at the beach where he was once bitten.
"You know if there's a shark attack somewhere in the world, I'll hear about it."

Bite Club has a total of around 400 members who usually meet in person once a year.

The club acts as a support network for survivors to seek out comfort and advice from the group when they need it most. Pearson said he spends most of his nights conversing with at least one of the members on the phone.

Pearson realized the effects of talking to others and just how healing, therapeutic, and effective it can be. As fate would have it, he comprehended this before he left the hospital when he met another shark attack victim who was bitten only days before him, Lisa Mondy.

"Everybody was there to wish me the best, but until I spoke with Lisa it was like, they didn't really understand what my head was going through.”

The sheer brutality of maulings combined with the eager eye of the media can shake survivors and victims to the core, and in some cases cause post-traumatic stress disorder (PTSD).

Another victim, 19-year-old Zac Young was killed by a tiger shark while surfing near Coffs Harbour in 2013 in Australia.

His father, Kevin Young, said that it felt like a “hurricane had swallowed him.”

"I was inside the eye of that storm, and I feel like I've been here ever since.”

Zac’s legs were almost completely torn off in the attack. He attempted to paddle to his friends in the water. His friends, a trio of 14, 15, and 19-year olds, carried Zac back to the shore in a journey that took almost half an hour. However, luck was not on their side as Zac fell victim to his injuries.

"Those three boys, in my mind, became men that day," said Kevin Young. "I'm indebted to them for life in what they tried to do for my son."

Just like Pearson, Young speaks of others' pain before his own. Each of his son's rescuers has paid a psychological price, he said.
Young noted that there are “so many people affected, (...) Whether it’s a partner, the wife, the son, the daughter, a friend, or just a community member.”

Young added that it is a privilege to serve in the Bite Club that helps support people who would otherwise be left to struggle alone.
"Now there's a group there that can all sit and relate to each other."

Shark attacks are incredibly rare. However, last year was especially tough for the Bite Club, as seven people were killed in 22 unprovoked incidents around Australia, according to the Taronga Conservation Society.

This makes Australia the deadliest country in the world for shark bites in 2020, according to the Florida Museum of Natural History's shark research program.

"I met with probably four families last year who lost someone, and it is tough," Pearson said.

Pearson still works hard for his members, but says that more than anything, he wants to prevent more people joining the Bite Club.

Thousands rally against COVID-19 vaccinations in ....

ASEZA to release report about sharks in ....