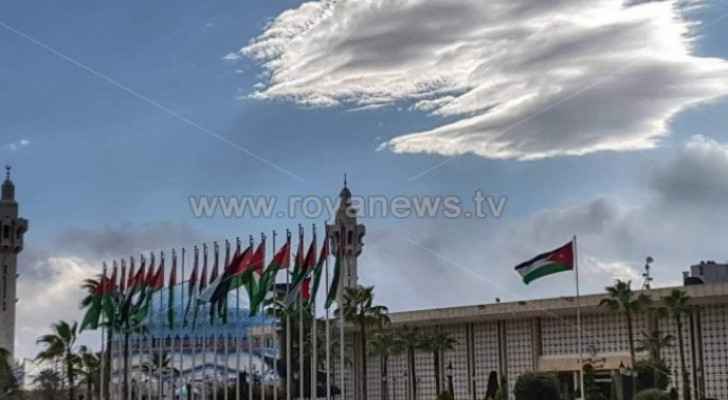 Monday, a slight rise in temperatures is expected, but the weather will be relatively cold in most regions of the country. However, moderate weather conditions are expected in the Jordan Valley, the Dead Sea and Aqaba, said the Jordan Meteorological Department (JMD).

The JMD added that a weak chance of light showers are expected in the evening hours in some areas, noting that winds will be southeasterly moderate.

The weather department warned of frost formation in the early morning hours, poor visibility, and slippery roads in the areas experiencing rain.

Tuesday, the Kingdom will be affected by unstable weather conditions. Therefore, partly cloudy weather will prevail with spotty showers that may turn heavy accompanied by thunder, lightning and hail in the southern, southeastern and parts of the central regions, causing flash floods in the valleys and low-lying areas, the JMD said.