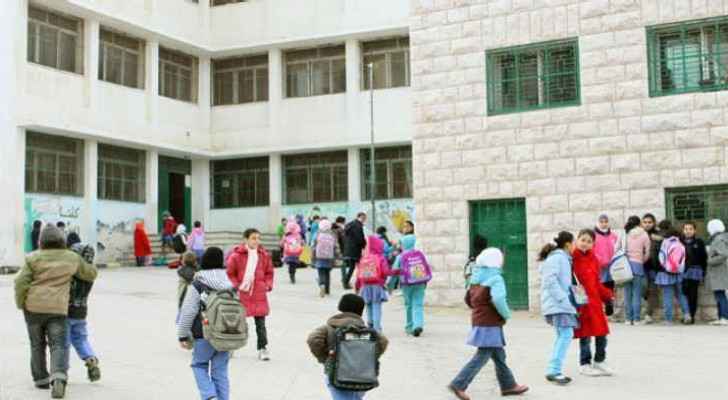 Prime Minister Bisher Al-Khasawneh has ordered that online learning remain an option for grades 4-11 through second semester, amid a rise in COVID-19 cases.

Grades 1-3, and grade 12 will be excluded from the decision, according to the ministry of education.

Yesterday, that it was announced that 10th and 11th graders' return to school would be delayed a week, after yesterday’s PCR positivity rate exceeded 12 percent. Notably, today's positivity rate was 15.

The minister of Health Nathir Obiedat previously announced that the PCR positivity rate would need to stay below five for sectors to remain open, but the ministry announced last week that new measures would be taken if the rate exceeds eight percent.

According to the Civil Defense Directorate, 4,333 reports were made to the directorate from Wednesday until Friday evening amid Jordan's winter storm. Additionally, 3,324 people were taken to receive emergency medical treatment, and 111 reports were made regarding fire extinguishing.

A total of 429 traffic accidents were reported, and over 3000 calls were made from people stranded or trapped due to the weather conditions. An additional 1300 needed to be evacuated from their homes.

The Kingdom of Saudi Arabia’s Defense Ministry announced that women will now be able to apply for military positions.

According to ministerial statements, women can be recruited as soldiers, lance corporals, corporals, sergeants, and staff sergeants.

In order to qualify for military positions, women must be between the ages of 21 and 40, taller than 1.55 meters, and should not be a civil servant. Additionally, they must have no criminal records, they must be medically fit, and must also pass a series of admission procedures.

Notably, the women must hold an independent national identity card, a minimum of a high school diploma, and cannot be married to a non-Saudi citizen.

A United Airlines engine caught fire while flying with over 300 passengers from Denver to Hawaii yesterday. Fortunately, the fire took place shortly after landing, and the pilot was able to make an emergency landing, and nobody was injured.

The plane did however leave plenty of debris across a Denver residential neighborhood.

The appearance will come in the form of a speech on Feb. 28 at the Conservative Political Action Conference in Orlando, Florida, which is the largest annual gathering of American conservatives.

Trump will talk about "the future of the Republican Party and the conservative movement, in addition to the "catastrophic policies" of his successor, Joe Biden.

The former US president was recently acquitted in his second impeachment trial before the Senate. The House of Representatives accused him of 'inciting insurrection' in the deadly Jan. 6 attacks on the Capitol, but the Senate did not reach the requried two-third majority to convict him.

Trump to deliver first speech since ....