Britain speeds up vaccine rollout as it prepares to ease lockdown 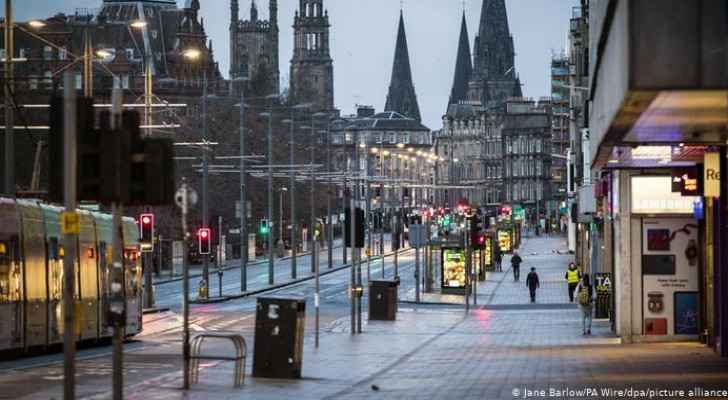 The United Kingdom government pledged Sunday to provide a first dose of the Coronavirus vaccine to every adult by the end of July, as it prepares to announce a gradual easing of the third lockdown in England.

Prime Minister Boris Johnson, who will set the lockdown review in Parliament Monday, said the faster vaccination campaign aims to deliver a first dose to everyone over 50 by mid-April.

The previous goals of the campaign, a first in the world, were to vaccinate people over 50 by May, and all adults by September.

"We will now aim to have an injection for every adult person by the end of July, to help us protect the most vulnerable sooner and take more steps to ease some of the restrictions," Johnson said, while stressing that the exit would be "cautious and" phased. "

Britain, one of the countries hardest hit in the world by the COVID-19 pandemic with more than 120,000 deaths, was also the first country to start a large-scale vaccination campaign in December.

More than 17 million people have so far received at least a first dose, a third of the UK population. But as infection rates and hospitalizations rose after restrictions were eased over Christmas, the government imposed a third lockdown at the start of January, closing schools, non-essential businesses and hospitality places across England.

At present, the number of cases is declining again, and early evidence indicates that vaccines help reduce severe disease with the virus, while political pressure increases on the government to return to normal life.

Sunday, Johnson met with senior ministers to finalize his statement in the House of Commons, which is expected to approve the reopening of English schools on March 8, although teaching unions say allowing all students to return the same day is "reckless."

Johnson is expected to announce a broader tapering effect after March 8, including outdoor activities.

"We all want to return to our normal lives, this is understandable," Health Minister Matt Hancock told Sky News Sunday, noting that nearly 20,000 people are still in hospital with COVID-19.

Kerr Starmer, the leader of the opposition Labor Party, said he disagreed with teaching unions, but urged the government to increase overtime hours so that children could catch summer exams.

"We all want this to be the last closure, so we have to get out of it in a measured way, making sure that we don't go back to where we started in weeks or months," he told Sky News.

The governments of Scotland and Wales, which run their own health policy, allowed some young students to return to school this week.

In Northern Ireland, the administration will resume junior classes March 8 but have extended the blanket lockdown until April 1.

"The vast majority of us are still not immune," John Edmonds, an epidemiologist and government advisor from the London School of Hygiene and Tropical Medicine, told the BBC.

Edmonds also called for speeding up vaccine trials on children, stressing that "there is a great risk of re-emergence of the disease," until the vaccine is given to the entire population, not just to adults.

The government and expert advisors are carefully watching the emergence of new mutated versions of the Coronavirus, such as the ones first discovered in Brazil and South Africa, and may be more resistant to vaccines.

The Health Ministry said Sunday it was conducting mass tests in the Essex area, east of London, after one case of the South African version was confirmed there.

The dominant version in the United Kingdom is the one that appeared in the southeastern Kent province last September and then spread rapidly after the first wave of Covid dwindled.

Dublin warns of the 'downward spiral' of violence in ....

Dublin warns of the 'downward spiral' ....