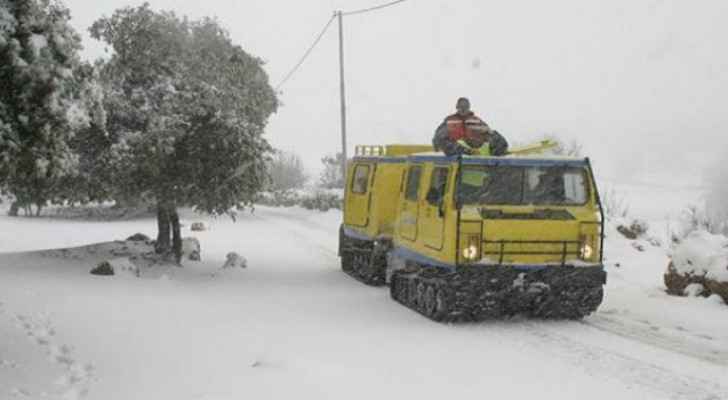 Sunday, the Director of Operations at the General Directorate of Civil Defense Directorate (CDD) Hatem Jaber said that the number of emergency calls that were dealt with since the beginning of the polar depression until Friday evening amounted to around 4,333 reports.

The CDD dealt with calls from 698 dialysis patients, 129 births, 170 suspected COVID-19 patients, and 12 people that were hospitalized following breathing difficulties.

Additionally, 3,324 people were taken to receive emergency medical treatment, and 111 reports were made regarding fire extinguishing.

A total of 429 traffic accidents were reported by the CDD during that period.

Jaber told Amen FM that the CDD received 3,021 calls reporting that people were either stranded or trapped due to the bad weather conditions.

He added 1,292 people have been evacuated from their homes due to rain and snow.

Also Read: Over 600 cars stuck in traffic jam due to snowfall: CDD