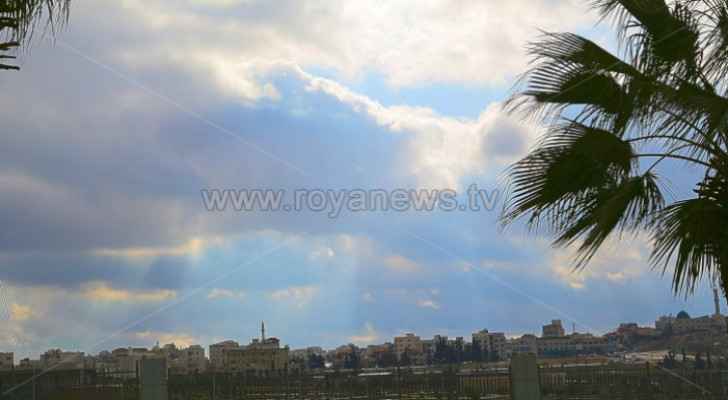 A slight rise in temperatures is expected across the Kingdom, according to Arabia Weather. Temperatures in Amman will range between 10 degrees Celsius during the day and four degrees at night.

Authorities have warned of frost formation and citizens were advised to beware of slippery roads in the late night and early morning hours.

Monday, temperatures in Amman will range between 11 degrees during the day and two degrees at night.