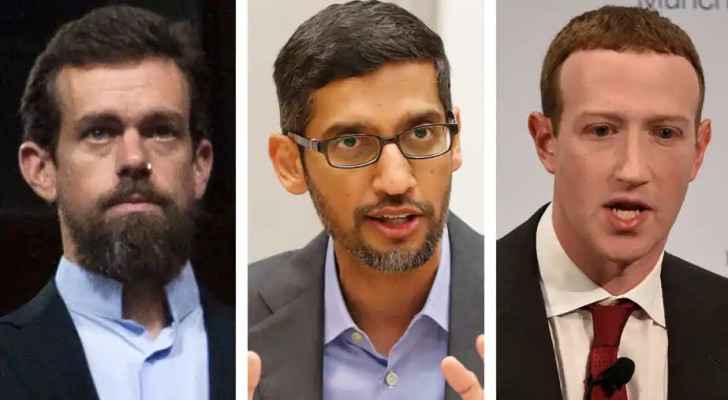 Congress again called Mark Zuckerberg, Sundar Pichai and Jack Dorsey, the heads of Facebook, Google and Twitter, respectively, to a session to discuss the phenomenon of misinformation spread on their platforms, as announced by the House of Representatives Committee on Consumer Protection and Trade Thursday

The session will deal in particular with false rumors about coronavirus vaccines and misleading assertions that were circulating about the 'fraud' of US elections.

The officials said in a statement that this type of disinformation "has exacerbated national crises with severe consequences for people's lives in terms of public health and security."

The three leaders will answer questions March 25. They are all well versed in the process as this will be Zuckerberg's fourth appearance since July and the third by Pichai and Dorsey.

The three groups have been subjected to political criticism from all sides for years.

Republicans feel they are censored by social media, even though they use it in their election campaigns.

Thus, they will undoubtedly address the issue of banning Donald Trump from the main platforms.

"This session will allow the continuation of its work on the responsibility of digital platforms, in light of the escalation of misinformation," committee officials added.

"For a long time, the tech giants have refused to acknowledge the role they played in spreading disinformation," they said.