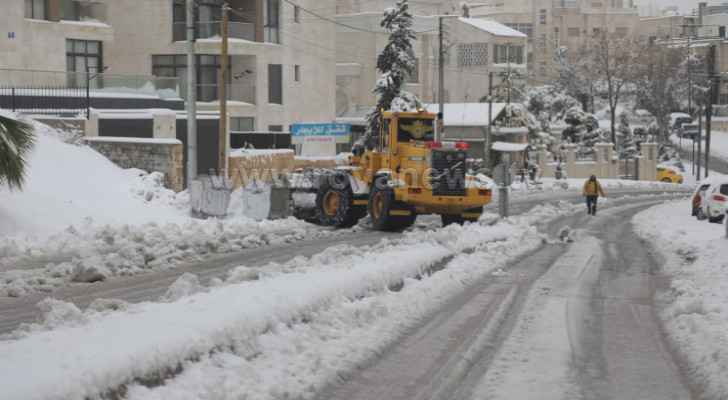 The Minister of Local Administration Tawfiq Krishan confirmed Friday that the dispatch centers established to assist the public in weather-related emergencies will remain open until the end of the winter season.

The centers belong to the ministry, municipalities, service councils and regional governorates.

Krishan called on citizens not to leave their homes or use vehicles unless absolutely necessary due to the formation of frost and black ice in some regions of the Kingdom and to move away from flooding, streams, and valleys.

He asked citizens not to hestitate to contact the centers to request assistance or record any notes or complaints.

Krishan emphasized that all observations received by the ministry's dispatch centers and municipalities were dealt with in cooperation and coordination with all partners in the Jordanian Armed Forces - The Arab Army (JAF), Public Security (PSD), the Ministry of Public Works, the Ministry of Interior and the Greater Amman Municipality (GAM).

Krishan noted that Ajloun municipality's cadres evacuated 80 homes due to the accumulation of snow, while Jerash municipality staff evacuated 18 people and 10 families.

Krishan added that some municipalities in the southern governorates have had salt placed on their roads to avoid the formation of black ice which will vehicles to skid and collide with others.