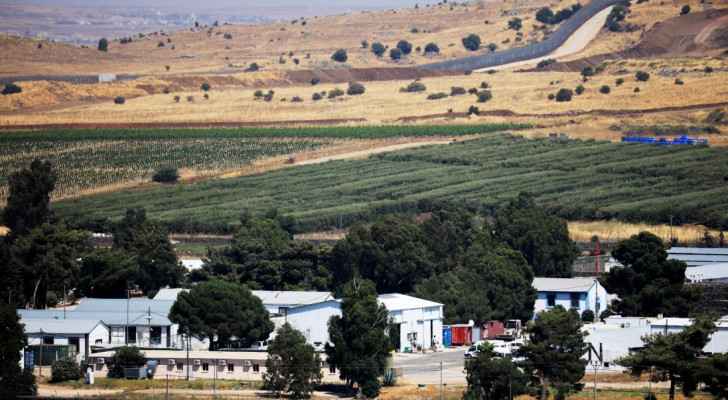 Thursday, the Israeli Occupation and Syria announced the completion of a prisoner exchange through the International Red Cross, thanks to Russian mediation.

"In line with the directives of the Israeli government, the army has returned two shepherds to Syrian territory," the Israeli Occupation army said in a statement.

The release of the two men comes the day after the Syrian News Agency (SANA) published news about a prisoner exchange between Syria and the Israeli Occupation. Wednesday allowed the release of the "Syrian militant" Nihal Al-Maqt in exchange for an Israeli Occupation  woman "who entered the Syrian territories in the Quneitra region by mistake and was arrested by the competent Syrian authorities."

Nihal Al-Maqt is a resident of Majdal Shams in the occupied Golan Heights, and she has been under house arrest since she was sentenced last June to a three-year suspended prison sentence and a year of probation.

"The Israeli side wanted to deport her to Syria during the negotiations, but she refused, and the ruling file issued against me is now canceled," Nihal Al-Maqt said in a radio commentary to reporters.

On Tuesday evening, Israeli Occupation Prime Minister Benjamin Netanyahu held an emergency cabinet meeting to discuss the "humanitarian" situation in Syria, which means discussing the "security" situation in the country mired in war.

In response to a question about a possible prisoner exchange with Syria mediated by Syria, Netanyahu said Wednesday that it is "a matter of life and death."

In an interview with Military Radio, he added, "I take personal contact with President Putin to solve the problem," noting that the issue is "sensitive."

"Days ago, a young Israeli woman crossed the border into Syria. I spoke twice with my friend, Russian President Vladimir Putin. I asked for his help in favor of the young woman's return, and he acted," Netanyahu said Thursday night, Friday, thanking the Russian president.

Netanyahu added that the young woman "is currently on her way to Israel," noting that the Hebrew state had freed the shepherds in a "goodwill gesture" and would grant an "amnesty" to activist Nihal Al-Maqt.

The Israeli Occupation and Syria are still at war, despite the establishment of a demilitarized border area through the armistice agreement. These borders remained quiet for a relatively long period until the beginning of the conflict in Syria in 2011.

In recent years, the Israeli Occupation army has intensified its strikes in Syria and said they are targeting forces it considers loyal to Iran in Syria.

Russian prosecutors seek to keep Navalny in prison despite ....