US to rejoin talks on Iran nuclear deal 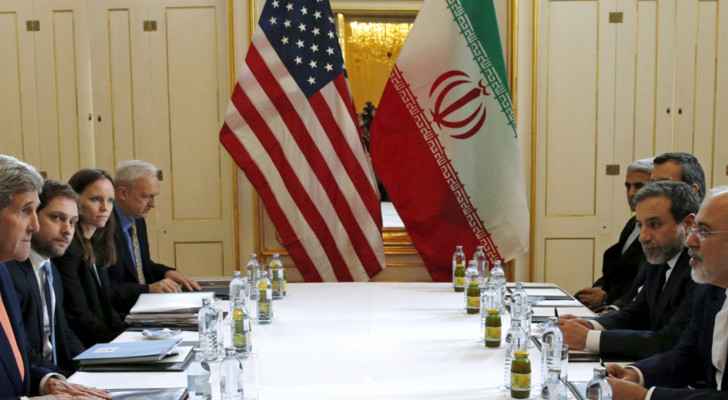 Thursday, the United States launched a tripartite initiative toward Iran in an attempt to revive the nuclear deal that major countries made with the Islamic Republic in 2015.

Former President Donald Trump withdrew from the deal in 2018.

The administration of Democratic President Joe Biden said that it had agreed to an invitation extended by the European Union to participate in talks attended by the Islamic Republic to discuss ways to revive the Iranian nuclear deal, and that it had relaxed restrictions on the movement of Iranian diplomats in New York.

Sanctions "are still being lifted."

"The United States accepts an invitation from the High Representative of the European Union to attend a meeting of the P5 + 1 (the United States, Germany, China, France, Britain and Russia) and Iran to discuss the best way to proceed with regard to Iran's nuclear program," said State Department spokesperson Ned Price.

Hours after US Secretary of State Anthony Blinken spoke with his European counterparts, the United States welcomed the proposal to hold talks with all countries that were part of the 2015 Iran nuclear deal.

Later, the European Union’s political director, Enrique Mora, suggested, via Twitter, that an informal meeting be held for all participants in the agreement, saying that the nuclear agreement is at a "critical moment" while Iran intends to impose restrictions on some inspections conducted by the International Atomic Energy Agency if it is not lifted. Washington imposed sanctions in 2018, but they expire on Feb. 21.

The group that made the nuclear deal in 2015 includes the United States and Iran as well as Britain, China, France, Germany and Russia. Former President Trump withdrew from the deal and instead imposed sweeping sanctions aimed at subduing Iran.

But President Joe Biden advocated a return to diplomacy, saying the 2015 deal was effective in curtailing Tehran's nuclear program.

Iran insisted that the United States lift the sanctions first before returning to full compliance with the 2015 deal.

- Message to the Security Council -

In a second gesture towards the Islamic Republic, the United States informed the UN Security Council on Thursday that the UN sanctions that had been imposed on Iran and canceled under the nuclear deal "are still being lifted," thus nullifying a measure taken last September by the Trump administration, who tried in vain to persuade the Council to re-impose these penalties.

The US Chargé d'Affairs to the United Nations, Richard Mills, said in a letter to the UN Security Council, seen by Agence France-Presse, that international sanctions "that were lifted under Security Council Resolution 2231 are still being lifted."

In 2015, Iran and the six major powers reached an agreement on its nuclear program that allowed for the lifting of a large part of the economic sanctions that were imposed on the Islamic Republic, in exchange for reducing its nuclear activities and ensuring that the major powers did not seek to develop a nuclear weapon.

But Trump decided in 2018 to unilaterally withdraw his country from the agreement and re-impose harsh economic sanctions on Tehran.

The Biden administration expressed its desire to return to the agreement, but it stipulated that preceded by the return of Iran to respect all its obligations. On the other hand, Tehran stressed that its priority is the lifting of sanctions.

About a year after the US withdrawal, Iran had begun to gradually back down from most of the basic obligations of the Vienna Agreement. The Islamic Republic affirmed its readiness to return to these commitments, but on the condition that the other parties to the agreement abide by their commitments.