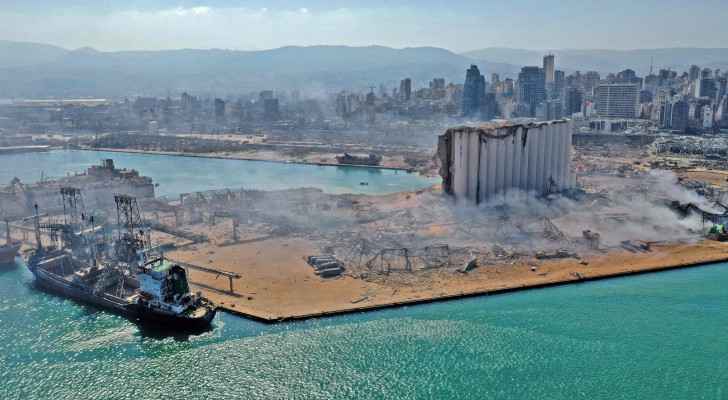 The Criminal Court of Cassation in Lebanon removed Judge Fadi Sawwan from the investigations into the horrific Beirut Port explosion, at the request of two former ministers.

The source said, "The Criminal Court of Cassation headed by Judge Jamal Al-Hajjar decided to transfer the investigation file into the Beirut port explosion from the hand of Judge Sawan to another judge," which has not yet been named, explaining that the decision was taken despite the opposition of one of the members of the Commission.

Authorities are investigating the blast, which was caused by the improper storage of huge quantities of ammonium nitrate for years. The blast killed more than 200 people and injured 6,500 others. It was found that officials at several political, security and judicial levels were aware of the dangers of the storage.

Dec. 10, Sawan summoned the caretaker prime minister, Hassan Diab, and three former ministers, namely the former Minister of Finance Ali Hassan Khalil and the former Labor Ministers Ghazi Zaiter and Youssef Fenianos, but none of them appeared before him.

The summoning came at the objection of political parties, including Prime Minister-designate Saad Hariri and Hezbollah.

Zuaiter and Khalil, who are close to Parliament Speaker Nabih Berri, subsequently submitted a memorandum to the Public Prosecution Office in which they requested that the case be transferred to another judge, after accusing Sawan of violating the constitution by claiming against two former ministers and two deputies in Parliament, saying they enjoy constitutional immunity.

Sawan suspended the investigations for two months before resuming them last week, after the Court of Cassation returned the file to him, pending the determination of the two ministers' request.

The Legal Notary, a non-governmental organization that deals with explaining laws, explained at the time that "constitutional immunity includes breaching the ministerial position and does not include the exploitation of this position, and therefore neither murder nor corruption."

"Just because the ministers and the political class refuse to be held accountable, they set a red line for the investigation, and this is a very dangerous matter," Lawyer Nizar Saghieh told France Press on Thursday.

"It is a negative step," he said, adding that "setting red lines, which is a traditional matter in Lebanon, prevents any justice from being achieved."

Investigations into the explosion have not yielded any announced results so far, despite the arrest of at least 25 people, including the most senior officials responsible for the port’s management and security.