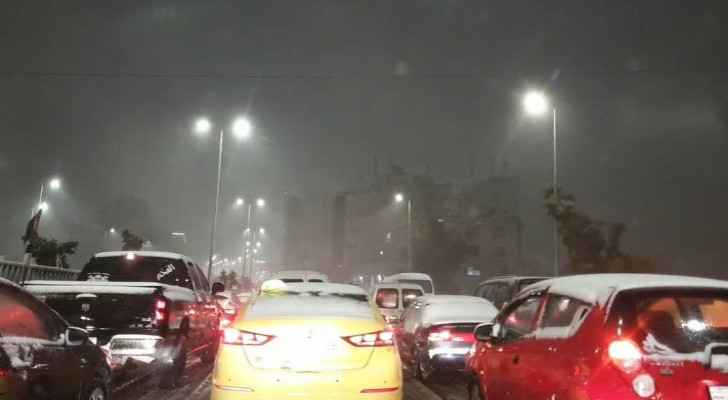 Wednesday, the Public Security Directorate announced the closures of several roads due to the snowfall in the Kingdom, noting that all other roads are passable until 7 PM.

- All main and secondary roads in the Ajloun governorate

Additionally, the PSD advised to minimize driving in the northern and southern regions of Amman, including all main and secondary roads due to snowfall, and the area of Sakib and Souf in Jerash governorate. Also, they noted that the Desert Highway/ Swaqa is passable with great caution due to the snowfall.

The media spokesperson called on the citizens to adhere to PSD advice and urged everyone to remain indoors unless it is urgent.

Total lockdown not an option: Health ....

Special dispatch centers to remain open until end of ....