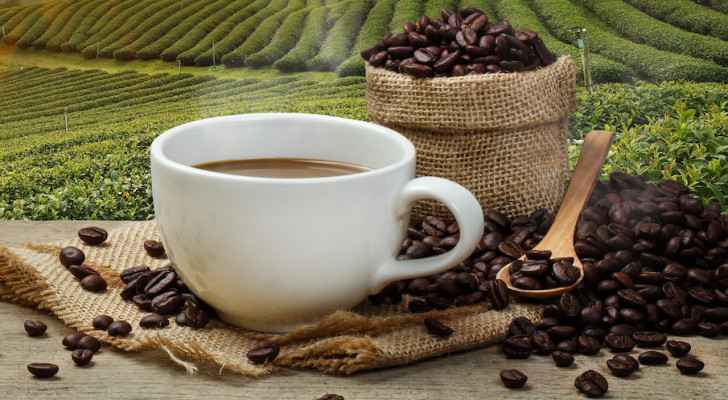 With the closure of bars and offices due to the COVID-19 pandemic, the global coffee market was fearful of a difficult year. But the major producers weathered the crisis, thanks to a combination of exceptional harvests, better prices and greater consumption.

The largest global coffee producer recorded a record harvest of 63.08 million bags of 60 kg, an increase of 27 percent compared to 2019, according to the National Supply Company.

Brazil produces 77 percent of the coffee type "Arabica," which is the best quality "Robusta" coffee.

The year was not good for other countries in terms of production, as mentioned by this expert at Rabobank in London.

Vietnam, the main producer of Robusta coffee, will harvest 29 million bags, seven percent less over the 2020-2021 period compared to the previous period due to drought, according to the US Department of Agriculture.

Colombia, known for producing the best "Arabica" coffee in the world, recorded a six percent decline in production in 2020 with 13.9 million bags, according to the National Association of Coffee Producers.

With Ethiopia one of the top coffee-producing countries, Africa did not witness any surprises during the year in this area.

Mira said, "The continent is very stable because there are large distances between countries, climate diversity, and prices have also not been affected by the fact that production is more distributed and the cost of fertilizer is lower."

Consumption and exports have been affected by restrictions due to the pandemic. Producers ’revenues varied according to the stability of their currencies against the dollar, in addition to the quality and quantity of crops.

But the global exchange rate makes up for it.

Arabica coffee traded on the New York Stock Exchange at $1.10, up from 2019, when it fell to less than a dollar.

The Colombian harvest reached unequal levels at 2.6 billion dollars, "the highest in the past 20 years," according to an official with the Coffee Growers' Union.

"The price of coffee fluctuates a lot, sometimes very quickly," says economist Rodolfo Schwarez of the University of Nasuinal.

"But the year 2020 was exceptional in terms of current prices."

In New York and London, "futures" contracts are negotiated, based on estimates of the price of coffee upon delivery, to protect both the buyer and seller from volatility.

Mira says that the picture in Vietnam was bleak "with a disappointing dollar price for Robusta coffee (...) as the harvest fell short of expectations and the state largely dominates the national currency." "The cost of sea freight from Vietnam has almost tripled," he added.

While the restrictions affected movement in the ports as well as the workers who handle the harvest, consumption was not affected by the expected percentage (-2.4 percent).

According to the International Coffee Organization, 168.68 million coffee bags were harvested in the world for the period between 2019-2020, with an estimated consumption of 164.53 million.

Demand is expected to improve. But an increase of 1.9 percent of global production will translate into a surplus of 5.27 million bags in 2020-2021, according to the organization.

In general, coffee consumption increases in winter. But store closures and restrictions imposed in Europe may affect this phenomenon.

In 2021, Brazil is expected to define the coffee market. Experts believe that its production of Arabica will decrease by nearly 30 percent due to severe drought, which could benefit Colombia, Ethiopia and the producing countries in Central America.