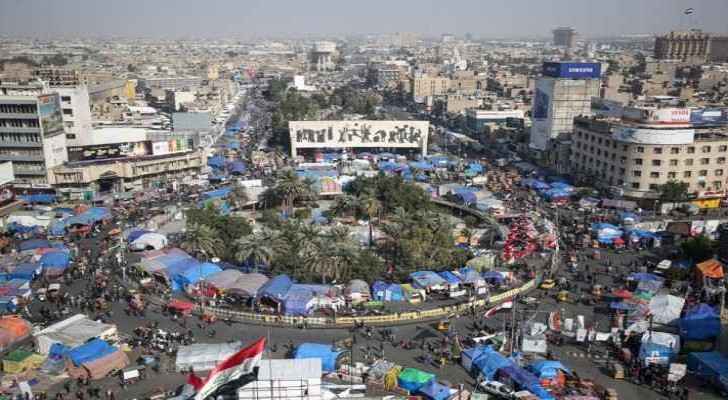 According to the Iraqi Health Minister Hassan Al-Tamimi Monday, Iraq is set to reimpose a partial lockdown until the beginning of March after detecting the British COVID-19 strain among citizens, including children.

He announced that the strain was detected in several Iraqi children, however, he did not mention how many people were infected with the strain.

The British COVID-19 strain first emerged in the UK in September 2020.

Notably, Iraq has been among the countries most affected by the coronavirus in the Middle East, with over 640,000 reported cases and 13,000 deaths.

However, Iraq saw a remarkable drop in daily cases following a infection spike in September with around 5,000 new cases per day. Unfortunately, numbers have been slowly rising once more. Monday, Iraq recorded 2,798 COVID-19 cases.

However, daily deaths remained somewhat 'low,' with only six deaths confirmed Monday in comparison to the country peaking at around 70 deaths per day in September.

The rise in COVID-19 cases has prompted Iraqi authorities to reimpose stricter health measures to tackle the pandemic, including obligatory mask-wearing in public places with fines reaching IQD 25,000 (JD 12.15) for violators.

Starting Thursday, a curfew will be imposed from 8pm until 5am, in addition to a total lockdown on Fridays, Saturdays, and Sundays.

These measures will remain in place during Pope Francis’ historic visit March 5-8, which will include trips to Baghdad and Mosul. Iraqi officials told AFP on Monday they were still proceeding with the visit as planned.

Lockdown for day or two helps reduce number of COVID-19 ....

Lockdown for day or two helps reduce number of ....

Lockdown for day or two helps reduce number of ....