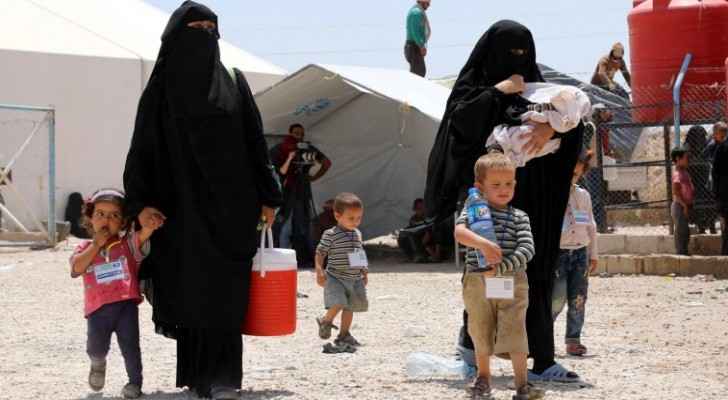 "We have received 100 Iraqi detainees from Daesh elements from the Syrian Kurds, and they are currently under investigation before they are handed over to the judiciary," the official said, declining to reveal his name.

But an official in the semi-autonomous Kurdish administration in northeastern Syria denied this information, in response to a question by AFP. He said that no "Iraqi" had been handed over to the Baghdad authorities.

The semi-autonomous Kurdish administration is sometimes reluctant to discuss issues related to Daesh fighters or their families being held in the Syrian Democratic Forces' prisons and camps.

At the beginning of 2019, the Syrian Democratic Forces (SDF) handed over about 900 Iraqis who were arrested, most of them while fleeing from the last strongholds of the so-called militant "caliphate."

There are still 1,600 Iraqis detained in northeastern Syria for their affiliation with Daesh, according to a United Nations report released earlier this month.

Iraqi courts have issued thousands of verdicts against Iraqis on charges of belonging to the militant organization, which is punishable by death in accordance with the anti-terrorism law.

Hundreds of them were sentenced to death, but very few were actually executed, as the final judgments need to be approved by the President of the Republic, Barham Salih.

Al-Hol is inhabited by more than 60,000 people who fled from Daesh areas. About half of those living in the camp are Iraqis.

The Kurdish authorities insisted that they should return to their homeland, but the government in Baghdad was slow to move to get them back.

JUST IN: Assad and his wife test positive for coronavirus

JUST IN: Assad and his wife test positive for ....

JUST IN: Assad and his wife test positive for ....