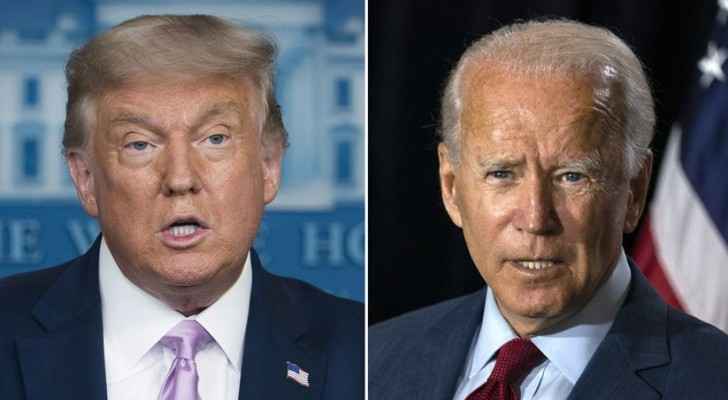 Asylum seekers who have been forced to wait in Mexico pending a decision by the US authorities will be allowed to enter the United States from next week, the administration of US President Joe Biden announced Friday.

Biden asked the Department of Homeland Security earlier this month to take steps to end the controversial "Stay in Mexico" program devised by his predecessor, Donald Trump.

Tens of thousands of non-Mexican asylum seekers, most of them from Central America, were returned under the program to the borders awaiting a study of their asylum applications, which caused a humanitarian crisis in the region exacerbated by the Covid-19 pandemic.

"As of February 19, Homeland Security begins the first phase of its program to resume a secure and orderly path on the southwestern border," the agency announced in a statement.

Currently, almost 35,000 asylum applications are being processed. The applicants will undergo Covid tests, according to an official at the Department of Homeland Security, who requested anonymity.

At least 70,000 asylum-seekers have been returned to Mexico, as part of that policy, from January 2019 when the program began, and until December 2020, according to the non-governmental organization, the American Immigration Board.

The US authorities confirmed that they are working closely with the Mexican government, international organizations and NGOs at the border.

US Secretary of the Interior Alejandro Mayoras, the first Hispanic to hold this position, stressed that Washington is determined to "build a safe, orderly and humane immigration system."

"The recent measures are a new stage in our commitment to reform immigration policies that are inconsistent with our nation's values," he said in a statement.

The program was part of Trump's hard-line policies to stop illegal immigration that was known to his administration, and included efforts to build a border wall, and measures that led to the separation of children from thousands of immigrant families.

After Biden assumed office Jan. 20, his administration announced its intention to cancel the most controversial measures and create a task force to reunite families who were separated under the policies his administration described as "national disgrace."

On the day of Biden's inauguration, the Department of Homeland Security announced the suspension of new applications for the "Stay in Mexico" program and asked all those who submitted applications to stay in their places while awaiting notification of developments related to it.

Washington said Friday that applicants "should not come to the border before they are asked to do so."

In Mexico, President Andres Manuel Lopez Obrador welcomed Biden’s actions during a press briefing. He said he hoped to discuss with Biden a work visa program for Mexicans and Central American citizens, stressing that "their presence as workers in the United States" is vital to the American economy.

Immigrants in Mexico welcomed the policy change in Washington.

"With this news, our miracle is close to realization," said Nicole Boisco, a 19-year-old Honduran who has lived in a shelter in Ciudad Juarez on the US border for a year and a half.

"I am very happy because during our waiting period here, we witnessed unpleasant things," she added.

For his part, Honduran Jose Madrid, 40, thanked the Biden administration.

"Life is very difficult in Central America. We are grateful to the president for making that decision and for helping Central America," said this man, who has lived in Ciudad Juarez for nearly two years.