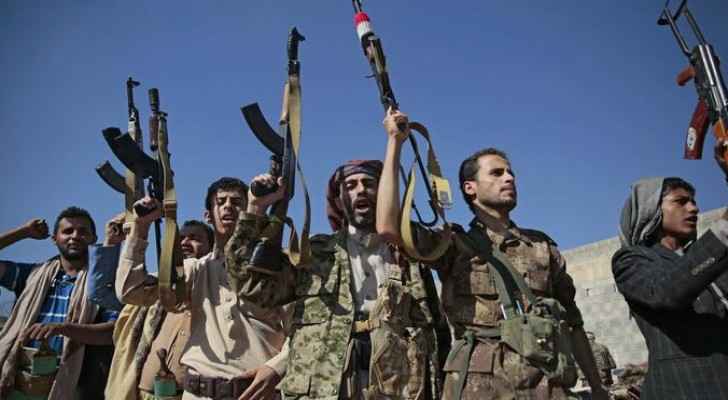 Saudi Arabia announced on Saturday that it had thwarted an attack by the Houthi rebels in Yemen, days after the United States decided to remove this group from the list of terrorist organizations.

Turki Al-Maliki, a spokesman for the military coalition led by Riyadh, said in a statement carried by the official Saudi News Agency, that "the joint coalition forces managed this morning (Saturday) to intercept and destroy an explosive drone launched by the Houthi militia (...) to target Abha International Airport.

Since 2015, Saudi Arabia has led a military coalition in support of the internationally recognized government, which has been locked in a bloody conflict since 2014 against the Iran-backed Houthis and are intensifying their attacks on Saudi Arabia.

On Wednesday, the Houthis targeted Abha International Airport, which led to an explosion of a plane on the airport grounds.

Riyadh also announced Thursday that it had intercepted a ballistic missile and two drones launched by the Houthi rebels towards its territory from Yemen.

The recent attacks and attacks in northern Yemen sparked a protest from the Joe Biden administration, which made it clear on Friday that the main Houthi leaders are still blacklisted in their personal capacity, despite the organization being removed from the US list of terrorist organizations.

International organizations said that this classification, which was decided by former President Donald Trump about a month ago, greatly impedes efforts to deliver aid to Yemen.

Friday, US Secretary of State Anthony Blinken announced that the Houthis would be officially removed from Washington's list of terrorist organizations on Tuesday.

The Houthi leader, Muhammad Ali Al-Houthi, wrote in a tweet, "We consider delisting from the classification a positive matter," pending "new decisions" regarding the Saudi intervention in Yemen.

Biden announced earlier this month the end of his country's support, especially in terms of arming, for the military alliance against the Iranian-backed rebels, describing the war in Yemen as a "humanitarian and strategic disaster."

The conflict has resulted in tens of thousands of deaths, displaced millions and caused the worst humanitarian crisis in the world, according to the United Nations, and it is getting worse with the Covid-19 pandemic.

United Nations agencies warned Friday that "acute malnutrition threatens half of children under the age of five in Yemen in 2021," and this includes nearly 2.3 million children, of whom 400,000 may die if they do not receive "urgent treatment."