Work on some BRT infrastructures to be complete before end of March: Amman mayor

Work on some BRT infrastructures to be complete before end of March: Amman mayor 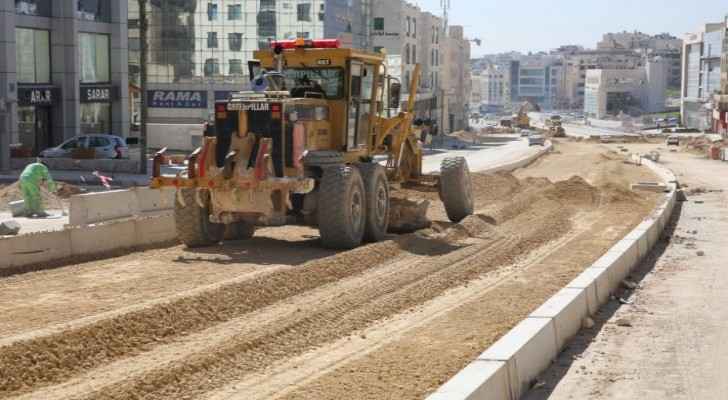 Saturday, the Mayor of Amman Yousef Al-Shawarbeh announced during inspection tours that the infrastructure preparations for the Bus Rapid Transit (BRT) project are nearing completion, noting that construction works on BRT infrastructures on Al-Shaheed Street, Sharif Nasser Bin Jameel Street, and Al-Kindi street will be completed before the end of March.

Shawarbeh noted that the BRT project is being worked on according to the highest quality standards.

He stressed that the completion of this project will be a quantum leap for the advancement of public transport in the Amman.

Notably on Dec. 7, the Greater Amman Municipality (GAM) said it has almost completed the construction of three pedestrian bridges on Queen Rania Street, also known as University Street, for the BRT.

This project is meant to be completed by the end of 2021, according to statements made by the Minister of Public Works and Housing Yahya Al-Kasabi Nov. 14.

Also Read: BRT project to be complete by end of 2021: Minister of Public Works

'We will assess financial impact of reducing seat capacity ....

'We will assess financial impact of reducing ....

'We will assess financial impact of reducing ....

'We will assess financial impact of ....