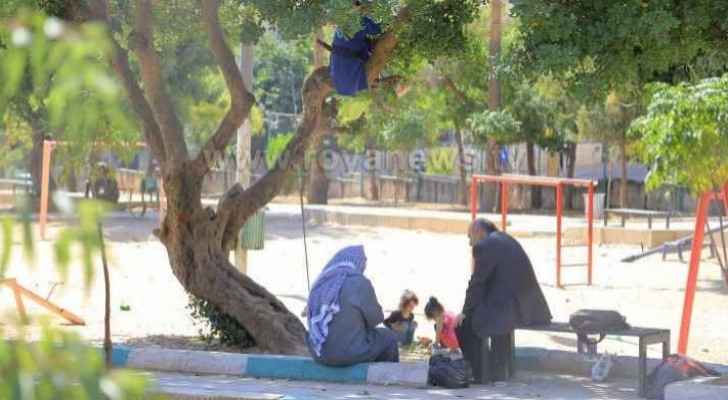 Saturday, ArabiaWeather announced that there was a slight drop in temperatures, however, they remain above their averages for this time of year by about four to six degrees Celsius.

The weather is stable, sunny and warmer than usual for this time of the year, The winds are light and will blow in various directions.

During the night, the weather will be generally colder with northeasterly and light to moderate winds.

On Sunday, daytime temperatures are set to rise significantly, to be six to eight degrees Celsius higher than their average for this time of the year.

Al-Tarifi talks about a vision about the latest developments of the upcoming polar depression and opportunities for snowfall, "video"

As for the chances of snow which have been rumored to begin falling on the Kingdom mid-next week, the Director of Operations at ArabiaWeather Osama Al-Tarifi told Roya Friday that weather maps will be able to confirm the latest developments of the polar front and the opportunities for snowfall in Jordan soon.

Al-Tarifi said that during the next 24 hours, weather maps will provide more precise results of whether it will snow or not, adding that he is not certain if the Kingdom will witness a significant decrease in temperatures.

He emphasized that the chance of snow is not fixed yet.

Photos: Planet Mercury sails across the ....