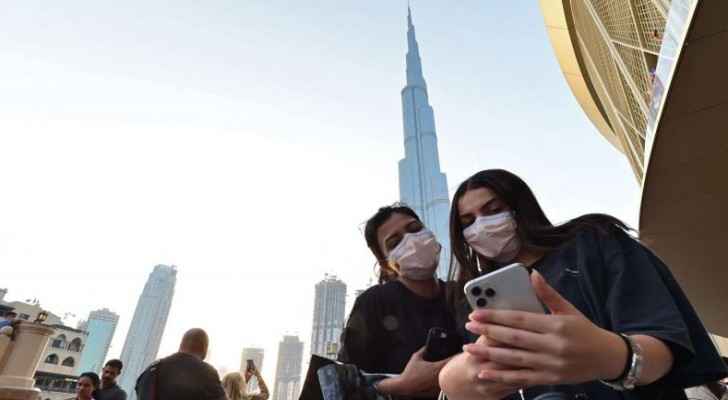 Dubai is working to enhance its medical preparedness by recruiting nurses from abroad and increasing the number of beds for Coronavirus patients, with the rise in the number of infections in the UAE, a high-ranking official told AFP Thursday.

Since it returned to receiving tourists last summer, before many other tourist cities, the rich emirate has become a magnet for visitors fleeing the strict restrictions associated with the Coronavirus in their countries.

However, the "open door" policy has come under scrutiny in recent weeks, especially after about 500,000 tourists flocked to Dubai's luxurious resorts and sunny beaches during the year-end holiday, which apparently contributed to the increase in infections.

The number of deaths also jumped, as 125 people died in the past ten days, compared to 974 during the entire crisis period.

Although there are about 80 major healthcare facilities in the city of 3.4 million people, the Dubai Health Authority has had to increase its medical capacity, Alawi Sheikh Ali, deputy director general of the authority, Alawi Sheikh Ali told AFP in an interview this week.

"Recently, when the numbers started to rise again, the health system was able to increase its capacity to make sure that every patient today in Dubai needs care, which he will receive without any interruption," he explained.

At the beginning of the epidemic, the World Trade Center in Dubai was converted into a field hospital with a capacity of 3,000 beds to treat virus patients. The authorities said the makeshift facility could be rebuilt within hours if needed.

Sheikh Ali stated that "the capacity in Dubai is now exceeding the increase (in cases) after it was able to appropriately absorb this increase," after unconfirmed reports on social media about the presence of major pressure on hospitals.

The aviation, tourism and investment sectors are among the main components of the desert emirate's economy, which many visit for leisure but also to explore job opportunities and attractive salaries.

After a lockdown that lasted for months last year and hurt the economy, many of the city's residents have begun to yearn to return to normal life, although some restrictions have been reimposed in recent weeks.

With the number of infections rising in the new year, Dubai was forced to stop partying in luxury hotels, close bars, ban music in restaurants and limit the number of visitors to entertainment venues.

Hospitals were asked to suspend unnecessary surgeries, while the Dubai Health Authority began a three-month recruitment campaign for nurses, many of whom hail from Asian countries, including the Philippines and India.

"We have worked hard to make sure (...) that we have enough manpower to deal with any further increase in numbers" during the vaccination phase, Sheikh Ali said.

The United Arab Emirates, which has a population of about 10 million, has provided more than 4.7 million doses of anti-virus vaccines, making it the second country in the world after the Israeli Occupation in this race.

But a lack of supplies that hit many countries forced the authorities to slow the campaign.

"We have a very strict plan to vaccinate 100 percent of all eligible people," Sheikh Ali told AFP.

"The schedule to achieve this is: as soon as possible."